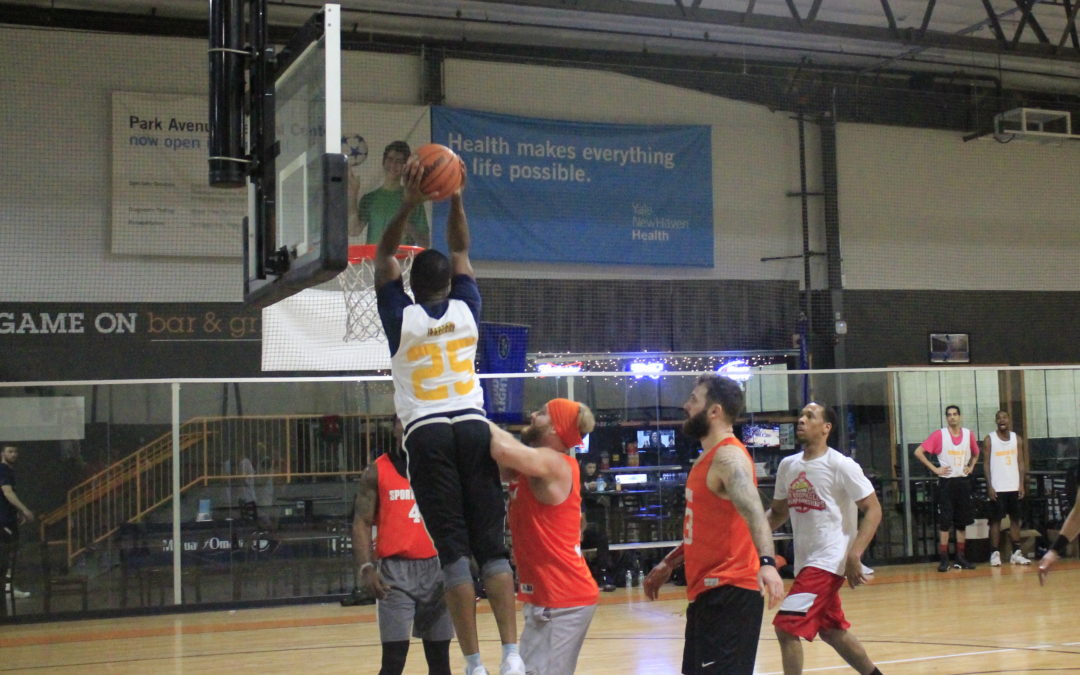 The rematch of the Summer 2018 Finals has been set. Shocker City punched their ticket back to the Finals on Monday night be beating Sportslook, 83-64, and will face Run TMC on Monday, March 11th.

After a sluggish first quarter, Shocker City returned to their dominant ways and finished off Sportslook by using their athleticism and play-making ability in a huge second half.

Diontay Washington led the way for the defending champs with 22 points, six rebounds, five assists and three steals. He was electric the entire game, and was a big reason why Shocker was able to pull out the win. MVP candidate and All-Star captain Davon Pratt added 17 points, five rebounds, two assists and four steals, while Jason Hernandez and Jerry Washington added 13 points and 12 points, respectively.

“We played terrible early,” Chris Rudzinski said. “I didn’t know what was going on.”

This slow start was out of the ordinary for the defending champs, as they usually come out quick and explosive.

“I think Sportslook is a great way to prep for either the Flint Tropics or Run TMC,” Pratt said, when asked about Sportslook’s physicality. “They (the Flint Tropics and Run TMC) both play tough and right now we think we can beat anybody else in the league. We’ll see what happens.”

In the loss, Sportslook capped off a truly impressive season that saw them catapult from the bottom of the Summer ’18 standings to as high as third in the standings. Jeff Norko finished the night with an impressive 24 points, seven rebounds, four assists and two blocks in a game that Sportslook was actually in control of out of the gate.

Ultimately, their 28 percent (7-25) shooting mark from three-point range was a large factor as to why they could not keep up with Shocker City, especially in the second half.

Shocker City faces a tough test in the Finals against a resurgent Run TMC team, who are now the only team to have beaten the heavily-favored Flint Tropics. Run TMC returns to the Finals for the second-straight year.

Shocker City was able to defeat Run TMC, 114-72, in Week 5, so they will look to be as dominant as their first meeting to secure their second-straight title. However, Run TMC did not have the likes of Reggie Stewart or Erick Langston in that game, which is going to make this Winter ’19 Finals matchup much more interesting.