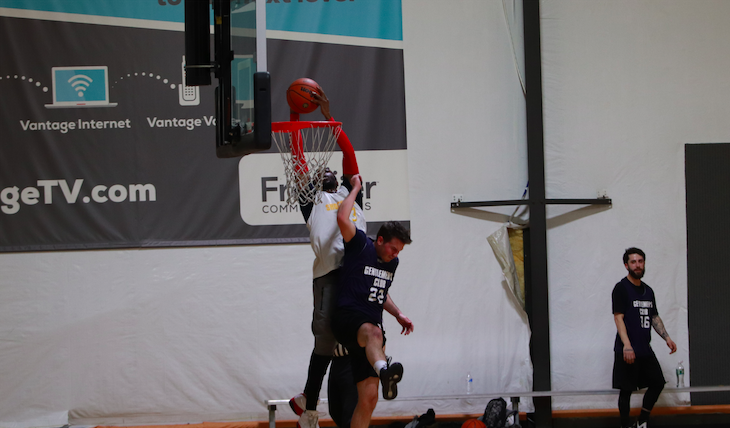 Shocker City broke the single-game scoring record onTuesday, defeating Gentleman’s Club 162-56. The reigning Legacy Leagues champions dominated from the tip, once again proving why they are one of the most dangerous teams in the league.

Shocker City shot an astonishing 67 percent from the field, and 45.7 percent from three-point range in the blowout. The team was led by Michael Davis and Greg Daniels who each had 32 points. Four other Shocker City players added more than 20 points for the team.

Talking to three members of the team after the game, they all agreed that “teamwork” was the key to achieving this new record. Davon Pratt went on to call the performance “super sensational.”

As for Gentleman’s Club, it was a tough night getting anything going offensively against a harassing Shocker City defense. The team shot a combined 27.5 percent for the game, and turned the ball over 16 times. They were led by the lone spark in their offense, Brian Jackson, who added 23 points on 44.4 percent from the field and 54.5 percent from three.

Gentleman’s Club is still looking for their first win, which will have to wait until the new year passes. As for Shocker City, they remain undefeated and continue to seemingly improve every game.

Shocker City has proven they’re a force to be reckoned within this league. With this crushing 106 point victory, they will look to add to their historic season by going home champions.