Shocker City upends Team Moose in battle of the unbeatens 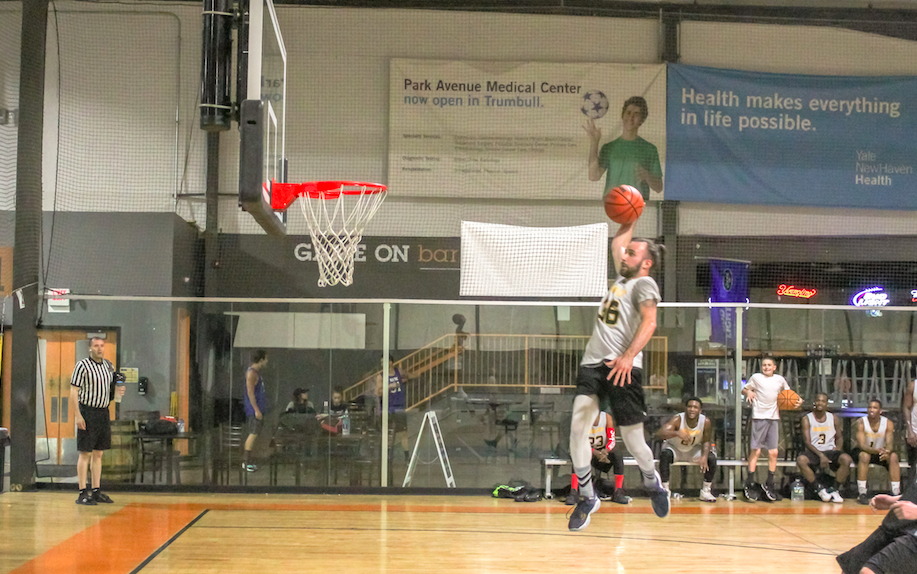 It was everything we expected and more on Monday night as Shocker City defeated Team Moose 74-66 in a battle of the last two undefeated teams in the league.

Shocker City never found themselves trailing by much throughout the game due to their physicality and turning up their defensive effort for all 40 minutes.  They wore down Team Moose who was missing some key players, such as leader Brad Seaman, who is the heart and soul of this team.

Carmine Santorelli and Mike Davis led the charge for Shocker City, scoring 20 and 16 points respectively.  They both did a great job getting everybody else involved as well. Despite being out rebounded 35-12, with everybody on Team Moose grabbing at least five rebounds, their toughness challenged the level of Team Moose’s.

They were able to get them to play at their high tempo pace and knew they would not have their legs come late in the fourth quarter. Shocker City also packed the paint in this game daring Team Moose to rely on the long ball. They ended up shooting only nine total threes making three of them.

Jackson Meshanic once again had a double double with 22 points and 11 rebounds. He did everything he could to keep his team in the game but ultimately fell short.

The return of Tarell Vargas, who added 11 crucial points for Shocker City, was highly anticipated. His teammates might have been more excited than he was to be back. “Rells back, he’s just really good vibes,” said the animated Davon Pratt. He is really going to be needed if Shocker City wants to run the table in this league.

Shocker City has found themselves consistently ranked second in the power rankings behind Team Moose, but could flirt with taking over the top spot. However, Santorelli jokingly posed the thought that Team Moose might still be the squad to beat in the Summer 2018 season.

“Keep them number one, we’re clearly still not the best,” Santorelli said.