Davis’ ten threes, team’s defensive pressure too much for J’s to handle 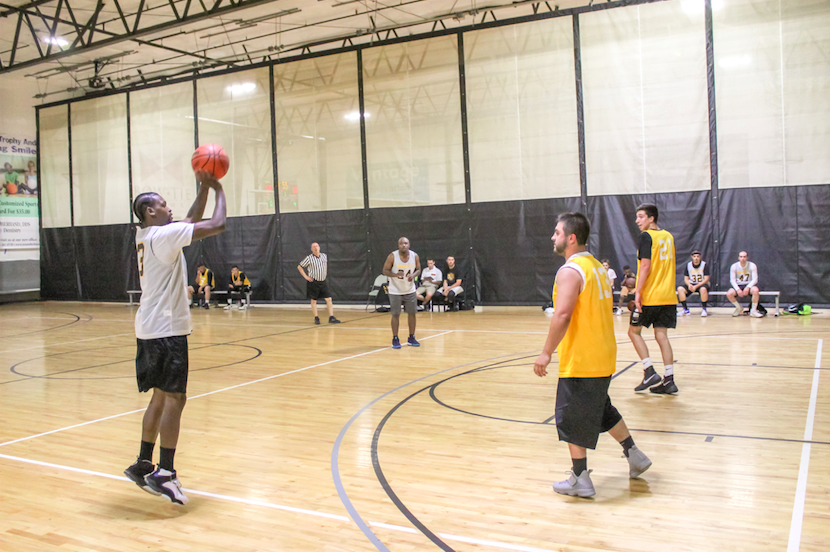 Monday night’s 109-78 victory for Shocker City over J’s Treys & Fadeaways proved at least one thing: this team is for real.

Shocker City’s defensive pressure was the key, as was their ability to turn great defense into better offense. With all but one player on the roster recording a least two steals, Shocker City had a total of 18 steals for the game and limited their opponents to only 28 percent shooting from the three.

J’s Treys & Fadeaways unfortunately felt the wrath of Corey Jacobs and Nick Santorelli as they made it difficult for them to even pass the half-court line without defensive pressure swarming on the ball. This kind of relentless defense may be a result of Shocker City dropping to the number three spot on the Legacy Leagues’ weekly power rankings after a close call in week three.

Rudzinski was exactly right, as Shocker City’s best three-point shooter, Michael Davis seemingly couldn’t miss! Davis knocked down ten three’s and finished the game with a total of 36 points. J’s Treys and Fadeaways only made five shots from downtown as a team.

Davis was not only doing it on the offensive end, but also ended up with five steals, carrying his load on the defensive side too.

So far, no team has scored 80 points against Shocker City and all but one game has been lopsided wins, as they look to keep the momentum up going into Week 5. This kind of defensive presence could be what propels this team deep into the playoffs.

J’s Treys & Fadeaways didn’t just roll over for Shocker City to win. Joe Nemchek was able to go off for 33 points, and three other players scored double figures. However, this wasn’t enough to stop the bleeding.

Shocker City was incredibly efficient, only turning the ball over five times in Monday night’s matchup. Things should go well if they can keep this type energy up. Rudzinksi has one thing on his mind as his team heads into Week 5.

“Blow them out again,” Rudzinski said.