Shocker City’s depth too much for The Throne to overcome 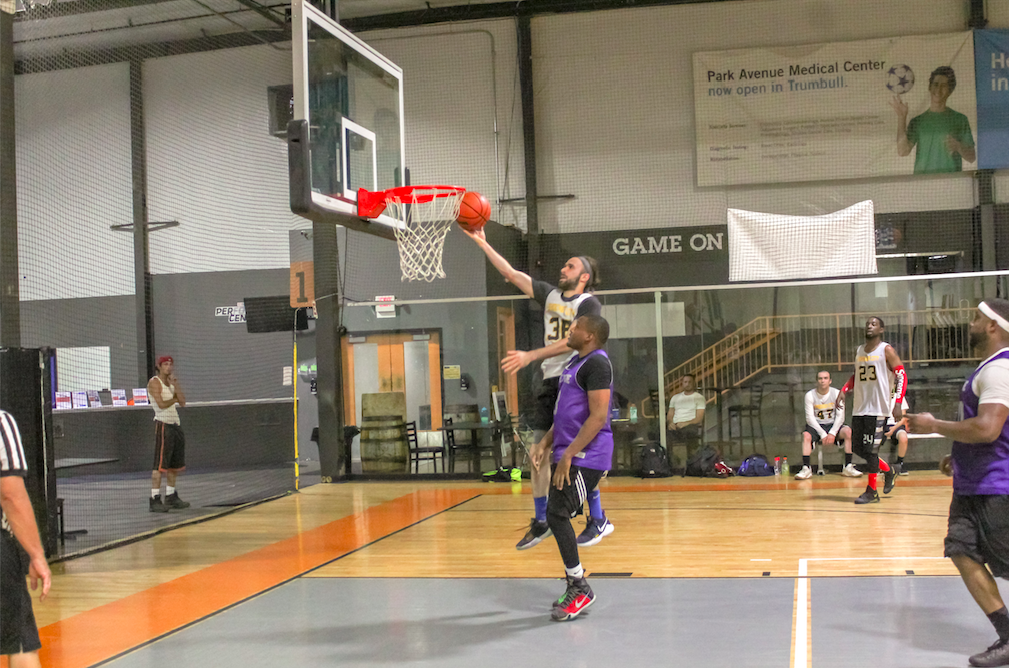 Mike Davis was the story for Shocker City on Monday night as they remained undefeated against The Throne in a 73-68 victory.

“That’s a primetime player man, one of the few we got here,” Pratt said.

Shocker City didn’t get off to a hot start but Mike Davis was able to give the Shocker City the lead with a stretch of an 11-0 run by himself to end the 1st. Davis was also locked in defensively as he held Jason Hernandez to only 11 points. Davis continues to be the heart and soul of this roster on both sides of the floor.

The Throne was outscored Shocker City 19-11 in the third quarter and was able to cut the deficit to only three. A few buckets from Davon Pratt and Nick Santorelli and a key steal from Pratt was able to seal the deal for Shocker City. Pratt has been a key member for Shocker City all year with his communication, positivity, and defense. His energy sets the tone for the rest of the team.

Shocker City had four players score in double figures on the night. Davis poured in 20 points and had four steals and Nick Santorelli added 15 points on five three-pointers as well as six steals of his own. Davon Pratt also added 14 points and eight rebounds.

The Throne got big games out of the Langton’s as Dominique added 25 points and Erick had 17 points and 11 rebounds. Shocker City was able to pull it out despite only shooting 39 percent.

Shocker City looks to move to 8-0 in Week 8 against the Blue Devils. The Throne looks to get back on track against Sportslook.

Shocker City knows the type of team they have and what needs to be done to remain undefeated in Week 8.

“What happened was Greg Horne said I’m not a valuable player on this team, and victories happen when you disrespect me,” Pratt said.