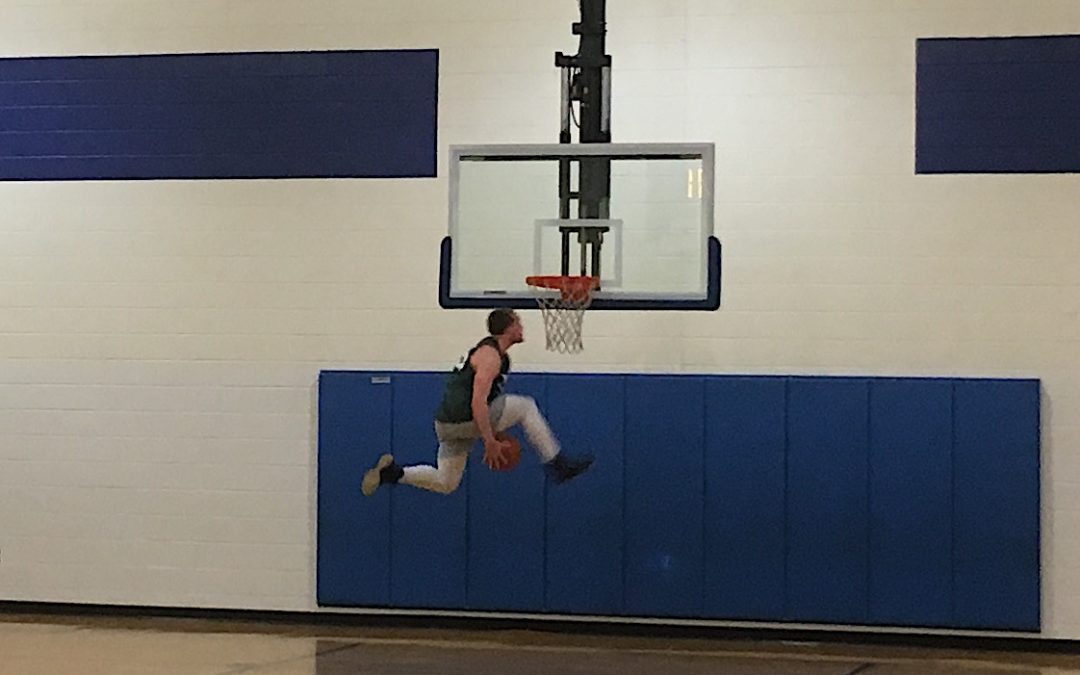 This game got out of hand in more ways than one. The Alliance ended up playing three against four for the final few minutes of the game after Cody Crawford got ejected, but their unbeaten streak is still intact.

The Alliance take the season sweep in convincing fashion over Big Baller Brand, 124-80, led by Max Matroni’s 53 points Matroni’s stellar performance keeps him in the number one spot for scoring in the league, now averaging 36.9 PPG. Crawford and Victor Kashouh, Jr both dropped season-highs in points with 31 and 29 respectively. Big Baller Brand fall to 0-7, and are struggling to get their first victory.

Brett Cody and Mark Keenan had 22 apiece to lead Big Baller Brand. Both were efficient from the field, with Cody shooting 9-of-18 and Keenan 11-of-15 from the floor. Matt Simmeth, who got off to a hot start this season, has slowed down the past few weeks. His struggles continued Wednesday night, shooting 1-of-8 with only two points.

By the end of the first quarter, we already knew what kind of night it was going to be with The Alliance putting up 42 points through the first ten minutes. Although Big Baller Brand had 16 points, it was just too much scoring from The Alliance that they couldn’t stop. Playing zone defense certainly didn’t help against a team like The Alliance, who can shoot the three ball with a very high efficiency.

The zone defense was easily broken down by The Alliance with good ball movement as shown by their 38 assists as a team. Kashouh Jr lead the team with 12 assists, and had himself a triple-double adding 11 rebounds to his 29 points. Crawford and Holt both had nine assists each, which has them in a tie for first in the league for assists this season with 42 apiece.

Although The Alliance dominated the game from beginning to end, Big Baller Brand had one of their better offensive games of the season. Their 80 points is good for third-highest they have scored this season. Big Baller Brand, still searching for their first win, will look to build on this scoring performance for next week’s matchup against Boom-Shakalaka in the final game of the regular season.