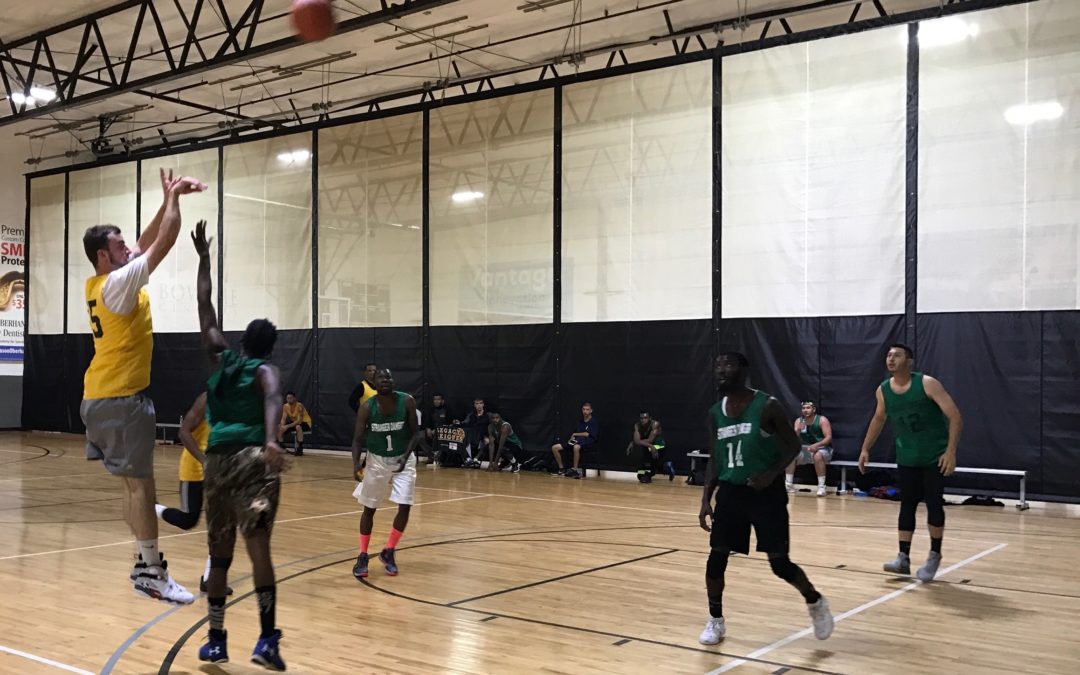 In a game that featured everything we love about Legacy Leagues, No. 2-seed No Limit showed why they are the powerhouse team we have come to know, beating No. 15 Stranger Danger, 71-62.

“Survive and advance,” No Limit’s Davin Sirpenski said. “That’s the plan all playoffs, a little short-handed tonight, but we came through.”

No Limit proved just how deep of a team they are, missing two key players in Rashawn Hendricks and Ty Sands, but didn’t miss a beat. Howie Miller started slow, but in the second half caught fire at one point, hitting four three’s in a row. Jalen Graham arrived late but proved to be a crucial part in No Limit’s offense.

Tarell Vargas was the major factor, falling one assist shy of a triple-double. He was everywhere on the court, which we are accustomed to seeing from Vargas. Rebounding, passing, scoring — Vargas was doing everything for this short-handed No Limit team and truly showed why he is one of the league’s premier talents.

Stranger Danger played an excellent 35 minutes of basketball but the final five minutes summed the season up for Stranger Danger. Steve Echols played a great game, adding 13 points and Melquan Horton played lockdown defense while adding 18 points. In the end, it’s the achilles heel of this Stranger Danger team and that is turning the ball over in late games. They had four late turnovers late in the fourth that would end up being the deciding factor in this game. Stranger Danger is the perfect example that in basketball you can have all the talent in the world, but you still need to be a cohesive unit if you want a shot at No Limit.

No Limit looks to continue their hot run facing off against a No. 7 Sensual Chocolate team that ran into some trouble with Goon Squad, but eventually pulled it out in the Second Round. If No Limit wants to move on in the playoffs they need to bring the same intensity Tuesday against Sensual Chocolate who are hungry for a playoff upset.