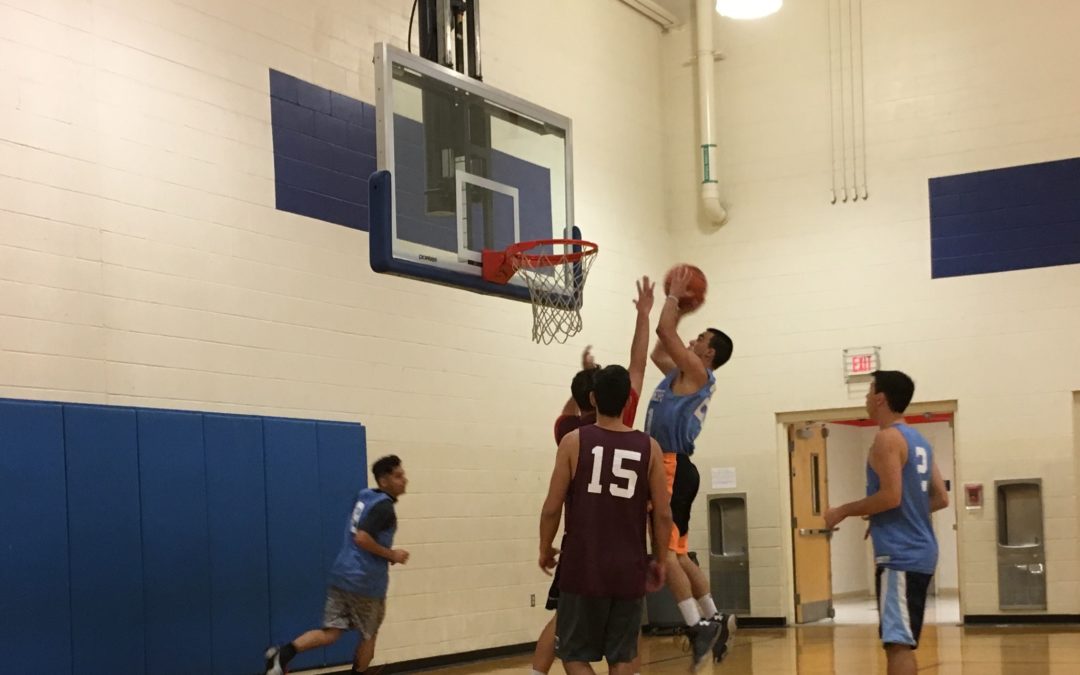 Brendan O’Donnell was the standout performer for the Skyhookers, scoring 46 points, but Kevin Redmond‘s three-pointer that gave his team a one-point lead in the final minute that ended up being the game-winner. In what was a 15-point lead to begin the fourth quarter, the Skyhookers pulled out their first win of the season over Big Baller Brand after surrendering the lead in the final minute, 84-81.

Along with O’Donnell’s 46 points, the other three starters finished in double figures for the Skyhookers, who only had four players physically at the game. The Skyhookers led for most of the game, but Big Baller Brand quickly erased a double-digit deficit in the final minutes thanks to big shots by Brett Cody and Matt Simmeth.

The Skyhookers came out the gates firing, opening up a 30-18 lead heading into the second quarter, but the points began to slow down as their four man rotation began to get tired. They were able to continue to run with Big Baller Brand until the fourth quarter, which is when the fatigue really began to kick in. Sloppiness from the Skyhookers led to easy baskets on the other end as Big Baller Brand slowly but surely began to chip away at the deficit.

With Big Baller Brand outscoring the Skyhookers 30-18 in the fourth, they appeared to have completed the comeback until Redmond hit the go ahead three from the top of the key, which proved to be the deciding shot. He iced two free throws afterwards, and some good defense from the Skyhookers saw them gain their first victory on the season. It was a win that they had to grind out with only four players in their rotation.

“It was really tough,” O’Donnell said. “We managed the clock well and slowed it down.”

Looking into next week, Big Baller Brand will look to get their first win on the season when they take on Boom-Shakalaka (2-2). The Skyhookers will try to carry the momentum from this win into their matchup with the 2-2 Werewolves. Confidence is one thing this team expects to bring into Week 5.

“I think we’ve been underestimated,” O’Donnell said. “I think we’re a team that’s gonna be a force in the future.”