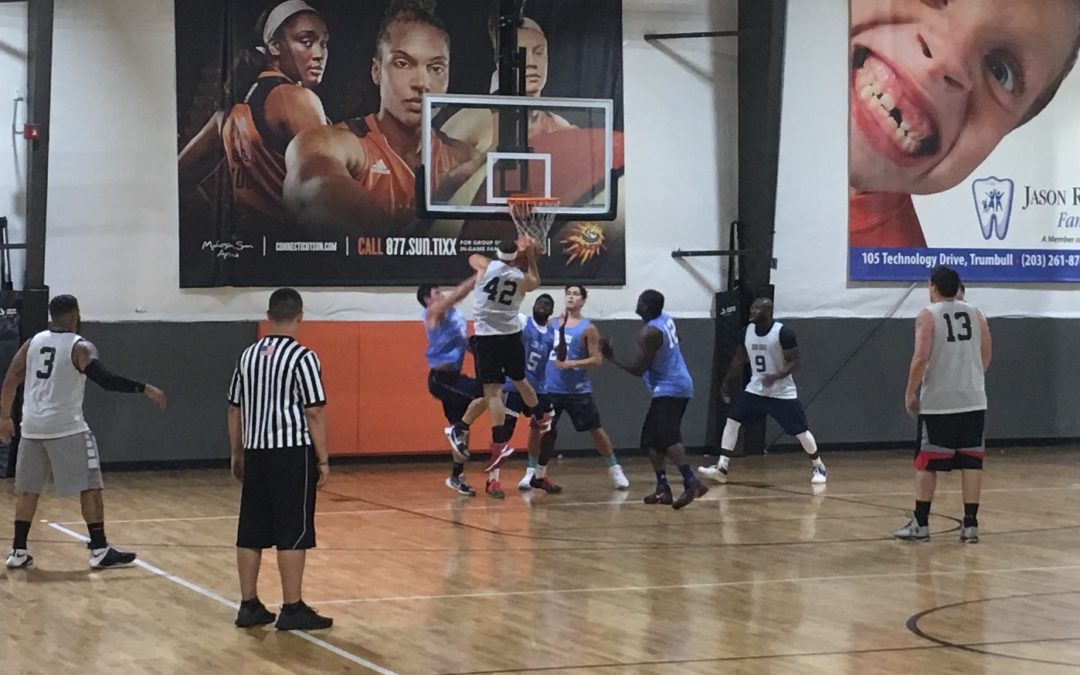 Goon Squad is steadily making their case for the most conditioned team in the Legacy Leagues.

Playing with just one bench player (which probably feels like seven to them by now), Goon Squad outscored Lob 203 by 14 in the second half to secure a 68-58 win.

Goon Squad was actually more shorthanded than usual despite having one player available on the bench. They were without Brandon Massaro and his 15 points per game, but the supporting cast stepped up and made several key defensive stops down the stretch to pull away.

“We just started talking to each other,” Goon Squad’s Adolphus Berry said of their second half surge. “We were talking on the bench and when we were getting back on defense. Communication is key, especially when you have to close out tight games.”

Berry was one of four Goon Squad players to finish in double figures, led by the usual suspect in Matt Marconi, who dropped 21 points and grabbed eight rebounds to help ease Massaro’s absence. Goon Squad attacked the rim and did their damage in the paint since the three-point ball wasn’t working. The team shot just 3-for-18 from beyond the arc.

The win had a feel of redemption for Goon Squad, who dropped a tough game to The Brotherhood in Week 7. Goon Squad appears to be better than their 3-5 record, but they know they need to rack up wins now to earn a more manageable matchup come playoff time.

“We have to stay hungry,” Berry said.” We have to get every win we can to make a push for the playoffs and help our seeding.”