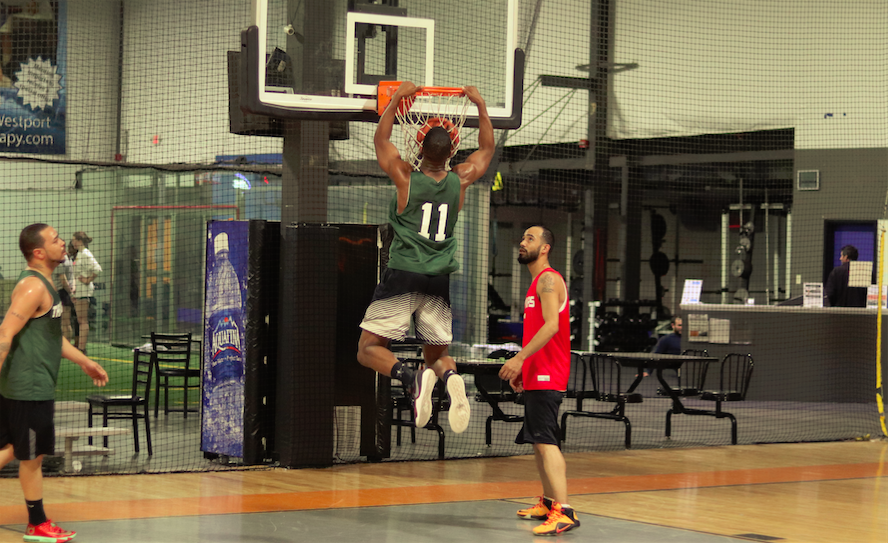 The Chasers (8-1) won their sixth straight game and finished the season with a 128-107 victory over the Monstars. It would prove to be a disappointing night and season for the defending champions who finish their season with a 4-5 record.

The Monstars were short-handed in this one as they were missing their leading scorer, Kintwon Miles. The Chasers took advantage of the Monstars short bench and cruised to their eighth win of the season.

After trailing by 30 at one point in the first half, the Monstars threatened to pull off a major comeback as they cut The Chasers lead to 12 in the fourth quarter. However, The Chasers pulled away at the end to secure the victory.

“We were very efficient offensively,” Dathan Gray of The Chasers said. “We started off the game very strong.”

The Chasers took control of this game early, as they scored the first 13 points of the game and led 33-15 after the first quarter. The Chasers were led by Jayron Vines, who had a monster game with 32 points and 16 rebounds on 16-21 shooting from the field. Jerry Washington was his usual self, as he scored 30 points on 15-21 shooting.

It was a total team effort for The Chasers, as six of their eight players scored in double figures. As a team they shot 56.7 percent from the field and collected 25 assists. They also out rebounded the Monstars 54-30.

For the short-handed Monstars, Reggie Stewart had a triple-double with 38 points, 10 rebounds, and 10 assists. Meanwhile, Chris Rosario had 40 points and Ty Alston scored 29 points.

“We’re coming for everybody in the playoffs,” Gray said, “Remember that.”