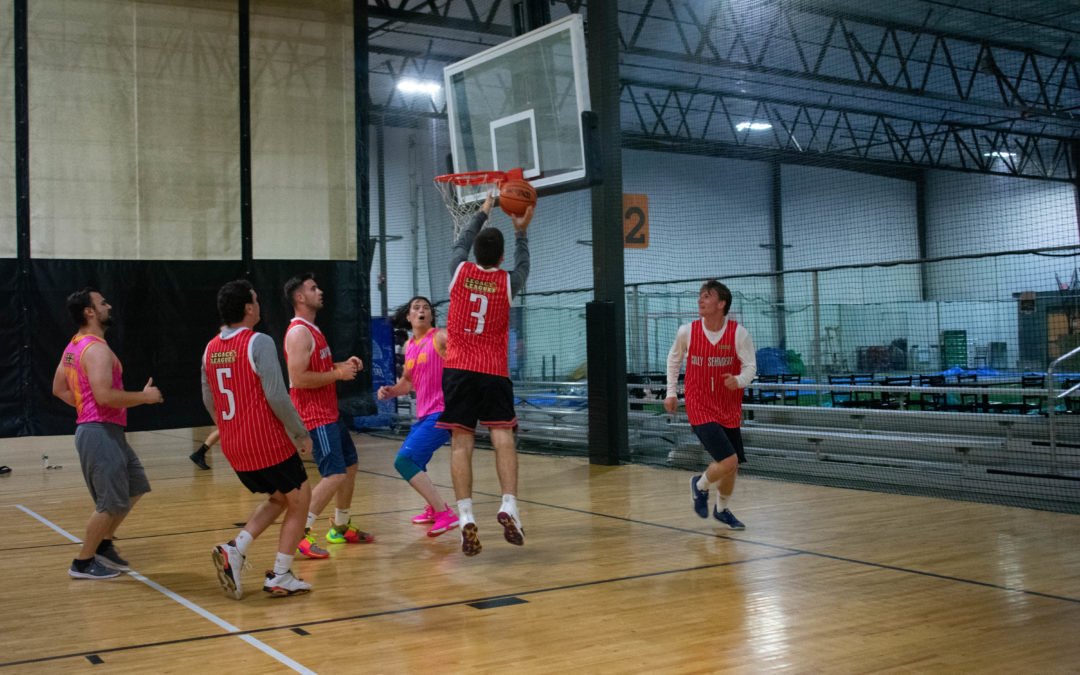 In a duel featuring two teams that were ravenous for their first win, Silly Sehnders earned it after besting the Brick Layers, 53-47.

There’s been a notable increase in production lately for the Silly Sehnders. Their season started by suffering back-to-back blowouts against Redeem Team and Run TMC, although their losses to Scott’s Tots and Tune Squad remained tight contests.

“We’ve been playing better the last few weeks,” Brendan Bucher said. “Today was probably a little bit of a setback, but at least we came out on top. We’ll move forward with that.”

Despite the victory, the game was a bit too close for comfort for the Silly Sehnders.

The first quarter remained a stalemate. With the exception of a couple free throws made for the Brick Layers, the first two minutes of regulation were scoreless. By the end of the first quarter, the game was tied 9-9.

“I think it’s more getting our bodies in us,” Carey said. “We have to get the juices flowing a little bit before we start playing.”

The Silly Sehnders found their rhythm on both sides of the court in the second quarter as they outscored the Brick Layers 21-7.

“We picked it up defensively a little bit, pressured the ball, and created a lot of steals and fast break points for us,” Bucher said.

The Brick Layers lack a strong three-point shooter and subsequently had zero made shots made from beyond the arc across their 12 attempts. That aside, they began to construct a comeback in the second half spearheaded by Jason Bindner, who dropped 27 points on the night.

Playing with a strong sense of urgency, the Brick Layers began to connect with one another more efficiently, and made a run that ultimately put them just five points short of tying it within the closing minutes.

“We pressured the ball pretty well,” Bucher said. “We didn’t let them hit any threes, so they didn’t come back as much as they wanted to.”

By holding off the Brick Layers late-game efforts, the Silly Sehnders solidified their place above them in the standings.

The Silly Sehnders are obviously at the high point of a steady incline over these past three weeks.

“The last few weeks have been a confidence booster,” Bucher said.