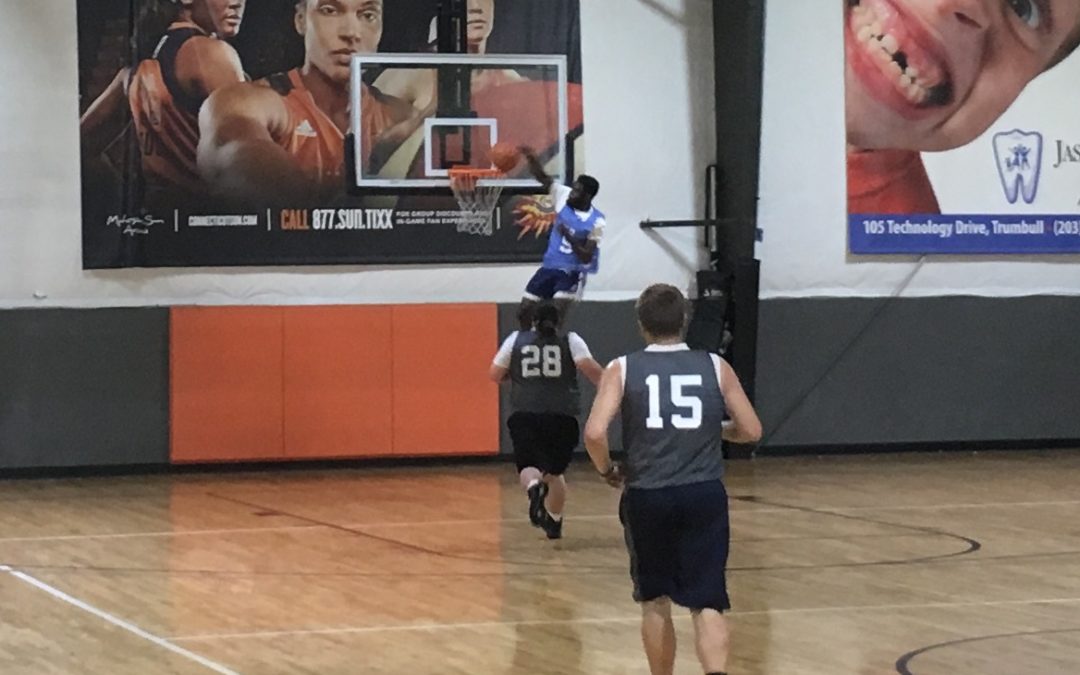 Through one half of postseason action, it looked like a potential upset could be brewing as Sometimes Y broke the halftime huddle just three points behind a heavily favored Lob 203 squad.

After a first half slumber that resulted in just eight points on 3-for-15 shooting, the All-Star captain erupted for 28 second half points, including three consecutive three-pointers. His efforts would help the shorthanded Lob 203 run away with an 81-63 first round playoff victory.

Singleton also racked up four steals and 11 rebounds to help Lob 203 double up Sometimes Y on the glass, out-rebounding them 44-22. Despite having no bench to turn to, Singleton and co. found their wind in the second half while Sometimes Y cooled off.

“We only had four guys, so we had to keep pushing no matter what,” Singleton said. “No matter how tired we were, we just couldn’t quit.”

The odds appeared to be against them early on as they were unable to buy a bucket while Sometimes Y sizzled from long distance, particularly Chuck Dannenberg and Kevin Connors, who combined to shoot 9-for-17 from downtown. Lob 203 managed to hit just eight of their 20 three-point attempts.

Thanks to their rebounding advantage, Lob 203 was able to maintain a slim lead going into the half before coming alive in the third quarter to outscore Sometimes Y by 17 in the third quarter, and cruised to a victory that ended much easier than it began.

Sometimes Y saved their best game of the season for their last, but heads into the offseason without a win to their credit. Meanwhile, Lob 203 faces a daunting task next week against the Brotherhood, but Singleton knows he has a dangerous team if they can overcome their next adversary.

“If we beat Brotherhood, nobody’s seeing us,” Singleton said as he moved his team logo into the next round on the playoff bracket.