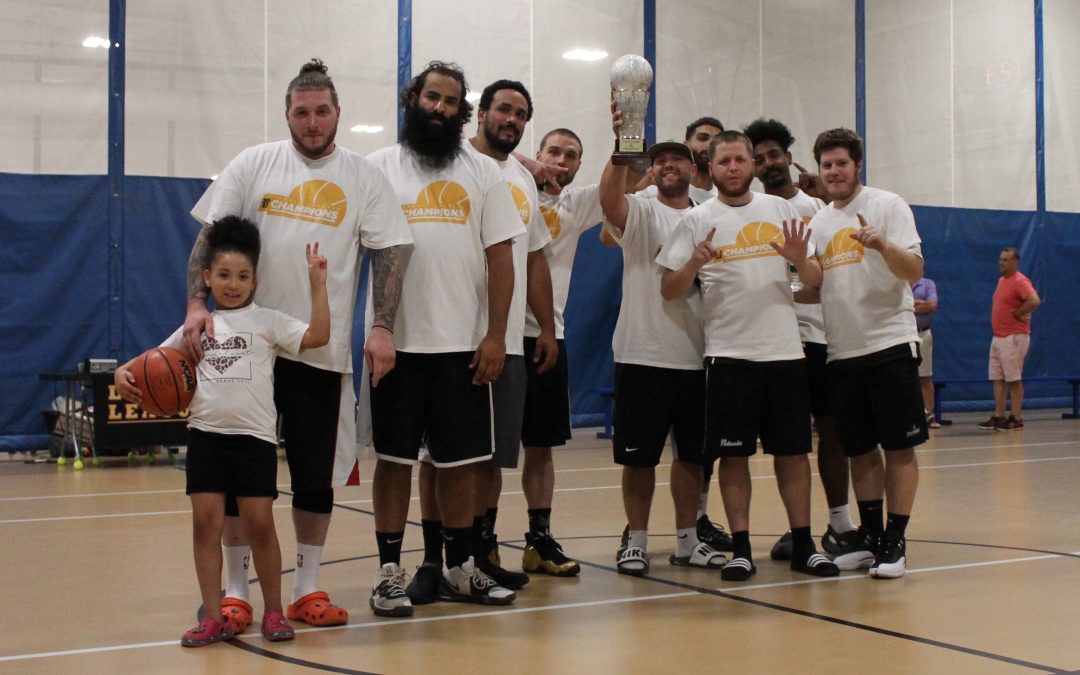 Lob City goes back-to-back for the second time in Legacy League history to earn their sixth championship in seven seasons as a team in a decisive 72-50 win over the Werewolves in the Summer 22 Finals.

The inside presence for Lob City of Carl Lee and Finals MVP Colin Burns proved to be too much for the Werewolves as they scored a combined 33 points on 15-of-27 shooting. These two inside forces along with Nuri Mahmoud helped stifle the Werewolves offense by holding Brian Heston to just 5-of-16 shooting from the field and 0-for-7 from inside the three-point line.

“We knew the Werewolves were a 1-2 punch, so we figured between myself and Carl, we would be the primary guys and then float away from their non-primary scorers,” Mahmoud said.

Three players from Lob City, Cody Crawford, Victor Kashouh Jr., and Greg Holt, now have a league record six championships in the Legacy Leagues and have been in the league since it started in the Fall of 2017.

“Lob City, six championships, seven seasons,” Cody Crawford said. “You guys can say we don’t have the talent, we don’t have people showing up, but when everyone shows up, we put on a show.”

Even though Crawford didn’t have his best game in the Finals scoring 14 points on 5-of-11 shooting and 3-of-7 from three, he was consistently one of their best players throughout the season and was voted an All-Star for the sixth time in his career along with being voted onto the All-Legacy Leagues Second team.

Should they return, there is no reason why Lob City would not be the favorite going into next season as they are looking to continue their domination. The Werewolves will look to build upon this finals loss in hopes of winning their first championship next season.

“Every year the league has gotten better. This year was definitely the best competition. We just play hard and we know our strengths. When it comes down to the playoffs, it’s winning time and winners win and losers make excuses.”