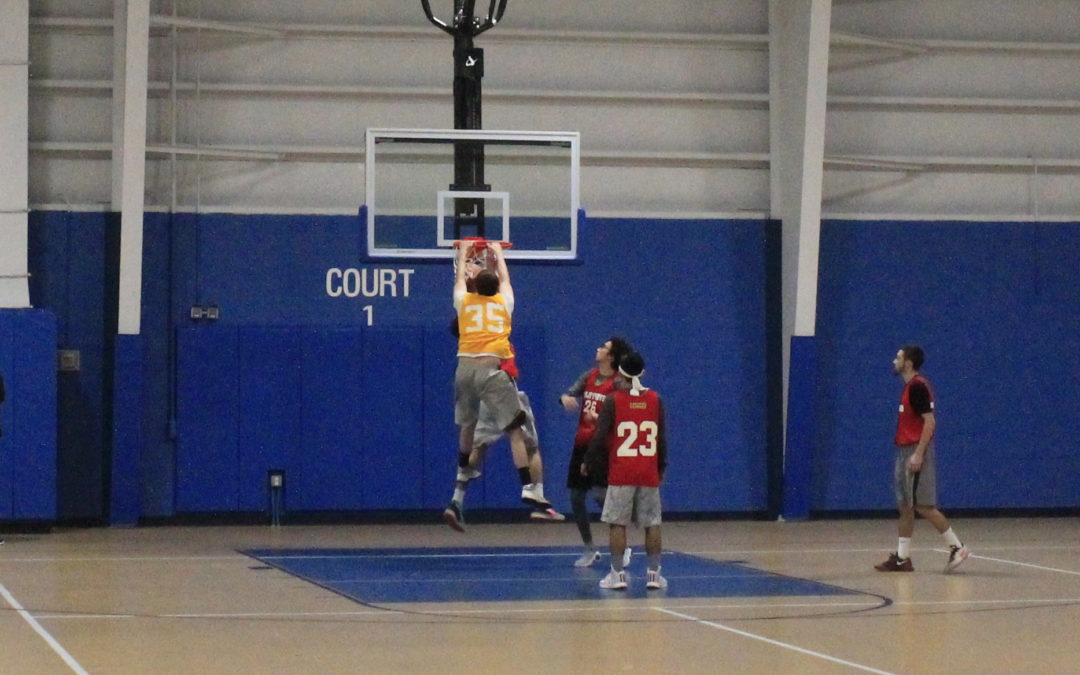 With five players scoring in double figures, the Skyhookers beat the Duje’s Boys this week, 76-65. Their depth and ball movement allowed them to hit 55 percent from the field as a team, with none of their top five scorers dipping under 45 percent individually.

“We were just try to penetrate,” Zack Charette said about playing against the Duje’s Boys defense. “When you got a good [size] match up like that, it opens up the whole game.”

Charette finished with a team-high 17 points, including five three’s.

Opening up the floor notched them 21 total assists as a team, compared to the Duje’s Boys’ 11 team assists. Brendan O’Donnell, their main ball handler, dished out 10 dimes to go with 12 points, and their big man Chase Almond was a perfect 8-for-8 from the field, grabbed 13 boards and gave out five assists as well. 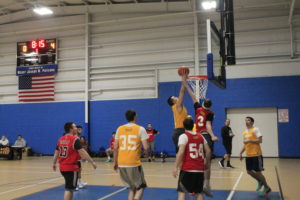 Although the Duje’s Boys had strong performances by John Coutu and Jordan Lugo, all but six of their points were scored by their top three scorers. Their All-Star talent has kept them competitive in many match ups, but their lack of depth keeps them from getting the win in close games.

The Skyhookers may not have a scorer who averages over 20 points per game, but their ball movement, ability to spread the floor, and size keeps them competitive.

“We like our chances against pretty much everyone in the league,” Charette stated.