Skyhookers fight, but Boom-Shakalaka’s sharp shooting too much to handle 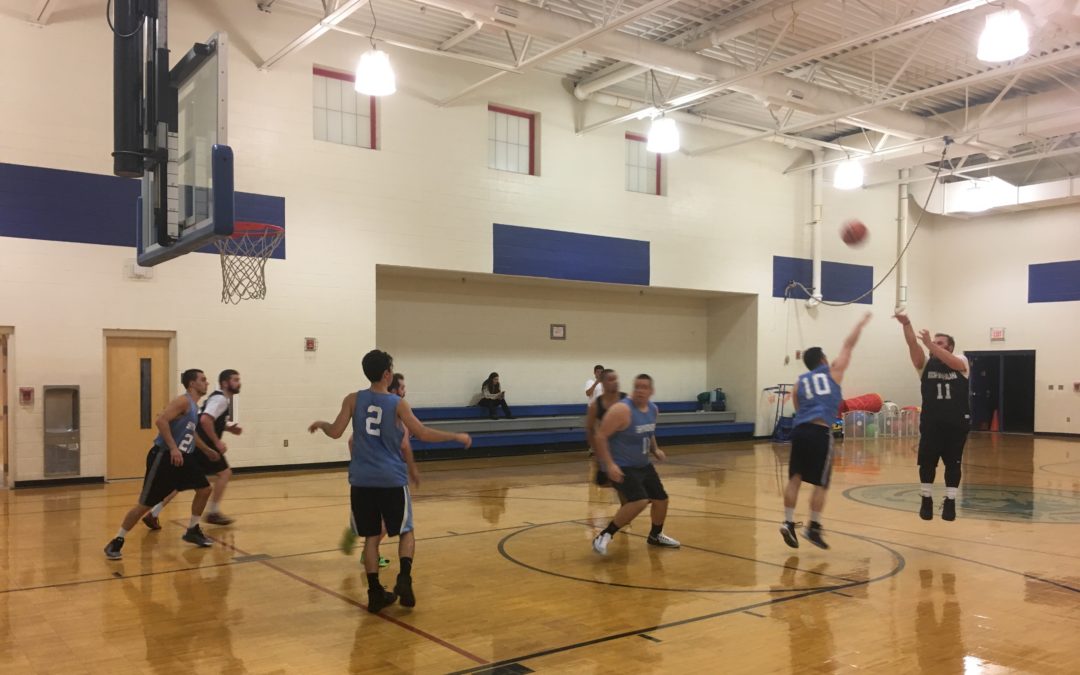 After Boomshakalaka held a one-point lead at halftime, they were able to pull away from the Skyhookers in the third quarter, beating them 79-69. Matt Camara led the way from deep for Boom-Shakalaka, finishing with 28 points while knocking down 5-of-his-9 three-point attempts. It was Camara’s team’s effort on the glass that once again helped decide the outcome.

This one got off to a sloppy start, but both teams kept it close throughout the first half, trading buckets back and forth. Just as Boom-Shakalaka got some breathing room, the Skyhookers went on a run to cut their lead to 1 going into the half.

Boom-Shakalaka came out firing to start the second half, outscoring the Skyhookers 29-to-15 in the third quarter. This is where Camara started to catch fire from behind the arc. It was a much needed boost for his team as he was the only one able to consistently connect from downtown all night.

“They knew I was hot tonight,” Camara said. “Some of them were good contests, but they just ended up going in. The ball fell our way tonight.”

Jeremy Dimicco and Ryan Rawnsley also helped carry the load on the glass by both posting double-doubles. Brendan O’Donnell led the way for the Skyhookers finishing with 29 points and 12 rebounds.

O’Donnell kept the Skyhookers in the game. His effort on the defensive boards allowed his team to get out in transition and push the pace. Leo Baessa and Terrence Paris also chipped in 14 points a piece. They really struggled to shoot the three ball this week, as nobody besides O’Donnell could get one to fall.

On top of Camara’s lights out shooting, it was very noticeable how well this team can rebound. Boom-Shakalaka had three players finish with double-digit rebounds. This allowed them to get out in transition and run to get some easier buckets.

A lot of easy buckets also came on the offensive end, as they were able to snatch up 19 offensive rebounds compared to the Skyhookers six. From the jump, this one looked like it would go down to the wire, but in the end Boom-Shakalaka’s size was just too much for the Skyhookers to handle.