Skyhookers overcome slow start to hold off Heston, the Werewolves 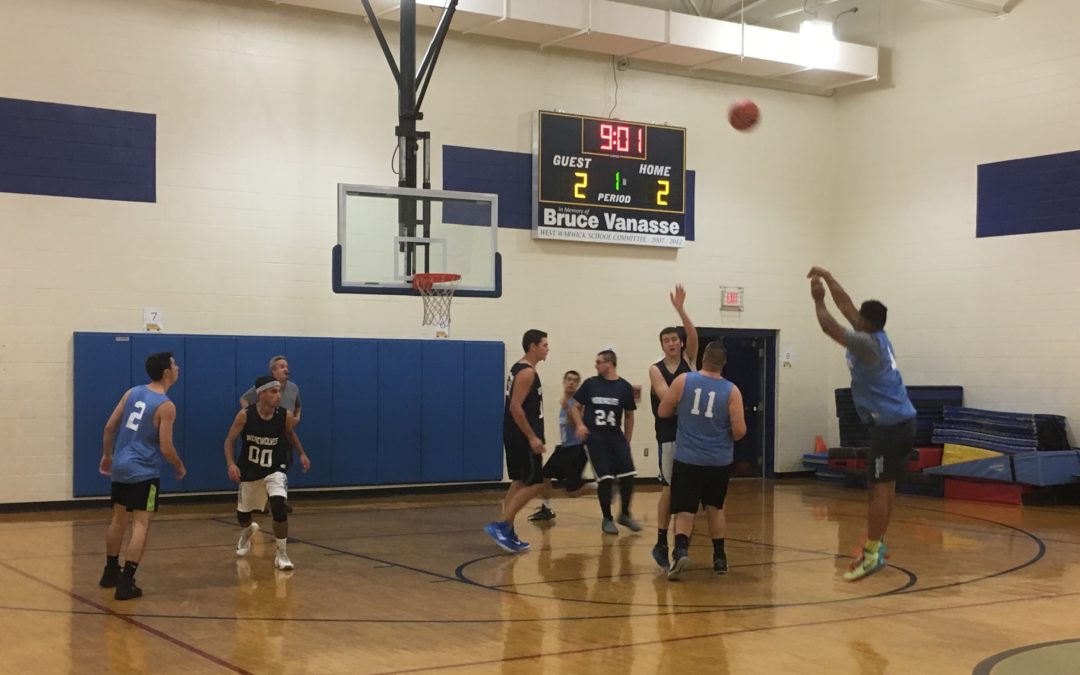 After both teams got off to very slow starts, the Skyhookers were able to edge out the Werewolves, 56-49, to earn their second-straight win after starting the season 0-3. Brendan Odonnell once again lead the way for the Skyhookers, finishing with 21 points, eight rebounds, five assists and five steals.

Terrance Paris and Leo Baessa helped out as well, both scoring in double figures. Brian Heston was the consistent contributor for the Werewolves, finishing with 17 points, 11 rebounds, five assists and three blocks. The Werewolves also got contributions from Brad Allen and Connor Harrington, who both scored over ten points each in the loss.

Both teams were off to a very sloppy start, committing turnovers left and right, but the second quarter was all Skyhookers as they outscored their opponent 14-4 in the quarter. Nolan Dubois said his team had a clear advantage off the dribble.

“Our game plan was to basically dish and drive,” the Skyhookers Nolan Dubois said. “By relentlessly attacking the basket, this created a lot of open looks from the three-point line and opened up driving lanes for the rest of the team.”

The Werewolves wouldn’t go down without a fight, though, as they started the second half on a 7-0 run. That would turn out to be as close as they would get. They had trouble shooting both inside and out, only converting 33 percent of their shots from the field, and only 11 percent from three.

On top of those shooting woes, the Werewolves struggled from the free throw line, missing 12 free throws and shooting a lowly 36 percent from the charity stripe in the game. A couple more makes could have drastically changed the final result.

One of the stranger things in this game was that the Werewolves actually out rebounded the Skyhookers by 12. Usually the team that wins the battle on the glass controls the game, but with the Werewolves shooting struggles and 18 turnovers, that was too much to overcome.

The Skyhookers willl look to keep up their winning streak next week when they take on a physical Boom-Shakalaka squad.

“We got to carry the momentum, play physical, grind it out, and make the extra pass to get open looks.”