Something to play for: Run TMC beats The Land to avoid dreaded 8-seed 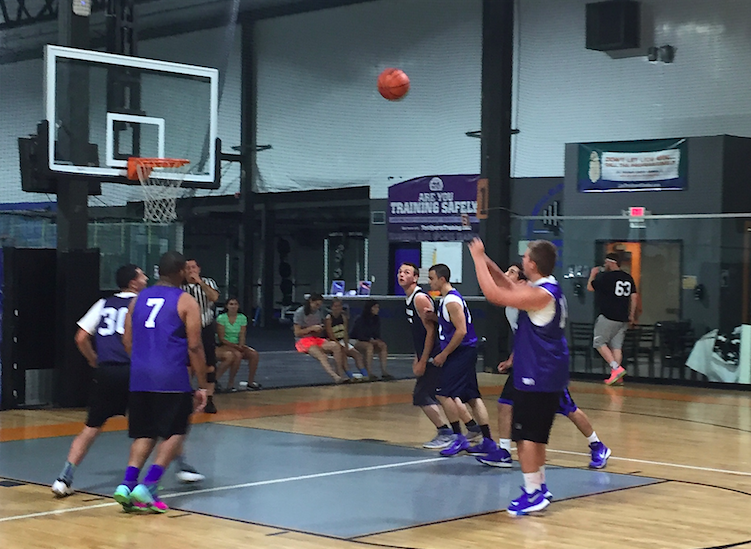 Run TMC and The Land both entered Tuesday night knowing the losing side would be the No. 8-seed in the playoffs, setting up a potential second-round matchup with the undefeated Brotherhood.

Trying to avoid playing a team that has yet to win by less than 10 points was the main inspiration for the pair of 3-5 teams. Run TMC was coming off of two straight losses, while The Land upset Sportslook in a thrilling overtime game just a one week ago.

However, Run TMC smothered any sign of The Land’s momentum by outscoring them in all four quarters to win, 84-69.

Run TMC has underachieved throughout the regular season. Their up-and-down year was not expected with great players like Will Hudson, Matt Zocco and Shaq Holman and a solid supporting cast of Rob Koripsky, Kyle Murphy and Joey Zocco. But with one game to possibly save their season by avoiding The Brotherhood in the quarterfinals of the playoffs, Run TMC was all business from the opening tipoff.

Zocco hit two 3-pointers in the first minute, setting the tone for the rest of the game. Hudson continued his emergence as the team’s leader, finishing with a game-high 28 points and 14 rebounds. Of those 14 rebounds, 11 of them were offensive. Hudson’s ability to create second-chance opportunities ensured that The Land would not make one of their vintage comebacks.

As for The Land, it was all the Cody brothers. The dynamic duo did all they could to keep their team in the game with their 3-point frenzy. With Alec Ward sidelined, Mike and Brett didn’t have enough of a supporting cast in Week 9. They scored 53 of the team’s 69 points; the highest scorer aside from the two brothers was six points.

The Land earns the No. 8-seed in the playoffs with their 3-6 regular season record. They will face off with No. 9 seed And-1 (2-7) next week at 8 p.m. In Week 5, The Land topped And-1, 71-62. If they can repeat their Week 5 result, The Land will have the unfortunate task of trying to beat the No. 1 seed Brotherhood the same night at 10 p.m. in the quarterfinals.