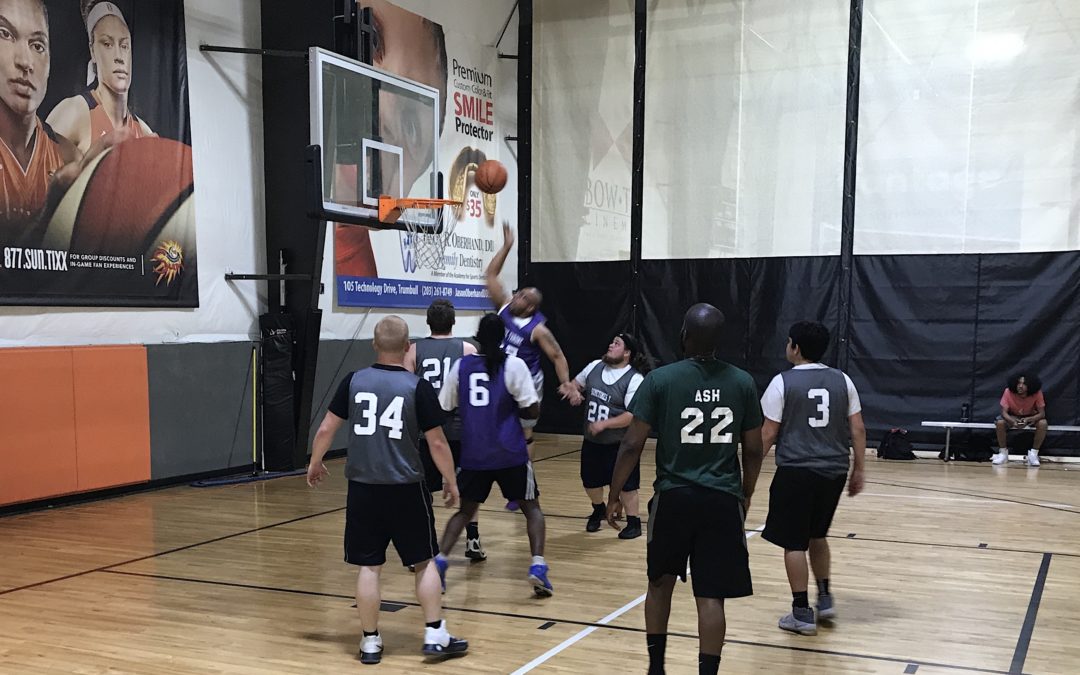 In a lopsided Week 4 outcome, a matchup of two teams moving in completely opposite directions ended in an 80-48 win for The Throne over Sometimes Y.

“We played down to their level. We started off slow but we look good,” The Throne’s Lee Leite said after the win. “We’re taking it game by game.”

Leite finished with six points and six boards off the Throne’s deep bench. Defense was key, as turnovers were coming in bunches for Sometimes Y, who seemed out of touch and out of sync on the offensive end. Much of this had to do with the Throne’s stifling defense that only gave up 48 points on the night and held Sometimes Y to shooting 30 percent from the field.

Sometimes Y only had two players with over 10 points in a league where roster depth is a key to success. If Sometimes Y wants to establish themselves as a good team and make a statement they need to find scoring from the whole team, not just Jay Ramos and Pat Gilson.

“We gotta improve our motor as a team; we can’t settle for shots and take bad ones,” The Throne’s Robert Dupree said. “We have to keep attacking the hole; that’s our strength.”

The Throne is on the rise and team many teams don’t want to see come playoff time.

“We’ll be the barriers to witness,” Dupree said, using a religious statement to let the whole league know, they are coming and in charge of their destiny.

The Throne faces a struggling Lob 203 team next week, while Sometimes Y will look for their first win of the season against the new-look Bad Boyz.