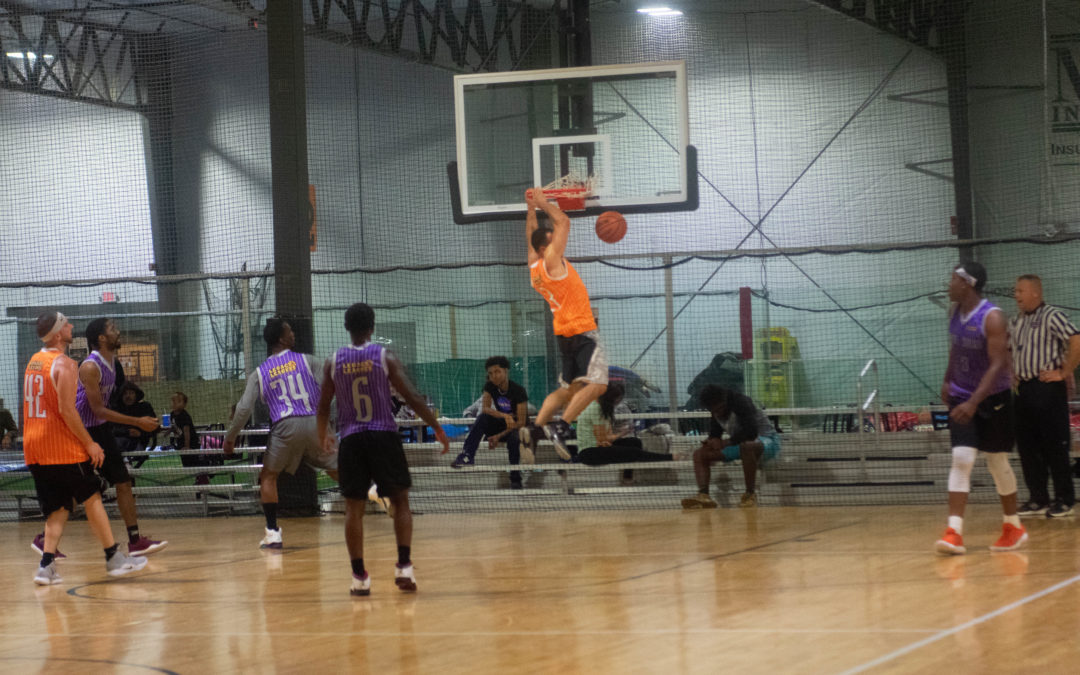 Sportslook started Summer 2019 season fast. They were one of the top teams sitting at 3-0. However, everything went downhill since then. They went on a four game losing streak but that ended on Monday when Sportslook defeated Tune Squad Squad, 66-63.

“It give us good momentum”, Sportslook’s John Zervos said. “We got playoffs coming up, so hopefully we can go on a wining streak going into playoffs.”

Sportslook had a big lead early and saw the lead shrink as this gritty Tune Squad team would not give up. Sportslook led by 15 at halftime and barely held on to get back in the win column. Jaden Battle led the way for Tune Squad with an impressive 41 points.

Sportslook only had four players which meant no substitutions for this veteran team. The entire team scored put up double figures in their balanced attack led by Bryan Acevedo with 20 points.

“They are athletic but we ran with those guys”, John Zervos said.  “We just played a two-two zone and it helped out a lot.”

Sportslook’s season has been very up and down but they finally get back in the win column as playoff season is approaching soon.