Sportslook lays it on the Brick Layers 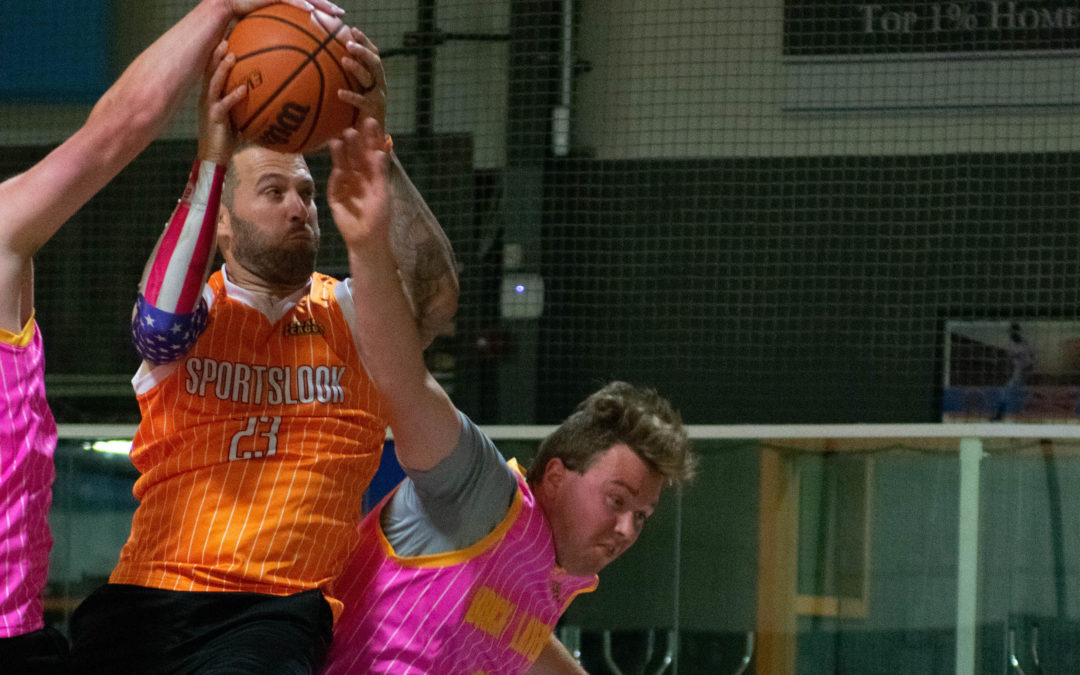 Another ball came soaring across the court over the heads of both teams. As Nick Bacarella made yet another dunk, the lead just kept piling on.

It was the same story all night. Sportslook never took its foot off the gas as they routed Brick Layers, 109-33.

It seemed as though the game was over the moment it started, and the high-powered Sportslook offense already lead by 28 points at the end of the first quarter. With such an explosive start to the season, they’re looking squarely at other potential playoff contenders.

“You know, this league is pretty tough,” Bacarella said. “So kudos to those guys for coming out and playing hard, but against a team like that, we just want to get our conditioning up early in the season and put in as much as we can. That’s really all you saw tonight. You won’t see that normal offense when we play the good teams in the league, but for now, we’ll get our conditioning up and take it as we can.”

Sportslook essentially ran the same offensive scheme all night. Leaving three players in the key, one would run down the court, catch a pass, and make a free dunk. When it came to making shots, the Brick Layers defense couldn’t adjust.

“They’re a new team,” Dan Kokkoros said. “Any time they put a shot up, all four of them ran down. They didn’t make a lot of shots and we had at least 25-30 wide open shots, we just wanted to get it out of there.”

As the Brick Layers fall to 0-2 in the standings, they’re biggest takeaway is offensive struggles. They began to find more rhythm in the fourth quarter, although they were struggling to find the basket all night.

“I think it was more them missing shots,” Bacarella said. “We just did what we can to put pressure on the ball handlers. With a small rim, it’s not easy if you don’t have ball handlers.”

It’s no secret what Sportslooks offense is capable of. Their defense will be tested when they take on Shocker City this Monday. It’s safe to assume that they’ll be switching up their offensive scheme as they duel the defending champions.