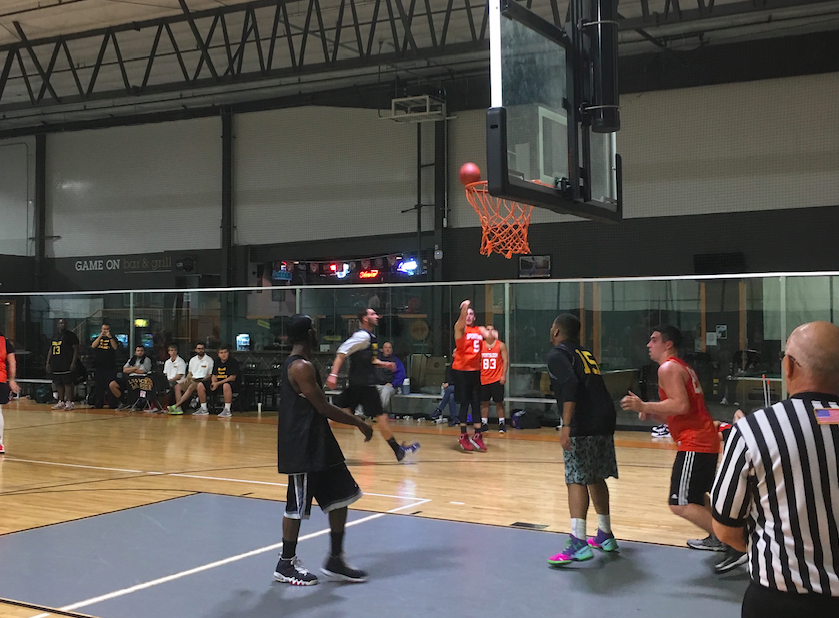 Any time you have a battle of undefeated teams, you know that both are going to leave everything they have got out on the court. Tuesday night, Sportslook would literally leave everything they had on the court in a night highlighted by hard-nosed, defensive, grind it out basketball. In the end, last season’s runner up Sportslook would sit victorious ousting the Cereal Killers, 56-51.

“No one’s really on our side,” Will Hudson of the Cereal Killers said. “They picked us to lose and the refs, I won’t say they were awful, but they were shaky. But, you know, you can’t blame anybody. We lost, we’ll take it.”

Hudson was very straightforward with his words following his team’s first loss in week 3. The Cereal Killers would score a team-low 51 points, and a weak performance from the team’s second-highest scorer, Tyrhon Coward, who scored just one bucket, was one of the many uncharacteristic traits from this game.

The Cereal Killers got off to a rocky start scoring just four points in the first quarter. It was an uphill battle the whole way, and the Cereal Killers never could quite tip the margin in their favor.

Hudson would continue to lead his team in scoring with 17 points and seven rebounds. Michael Masciola (12 points, eight rebounds) and Adam Samuel (ten points, three rebounds) would be the only other Cereal Killers players to reach double digits.

Despite his poor night, Tyrhon Coward remains optimistic for his team.

“Mike Tyson got knocked out before so, you know, it’s all good,” Coward said. “Ali lost, you know we’re straight. We just got to get it back together.”

The Cereal Killers will look to bounce back against a strong Blood, Sweat and Beers team in week 4 that has yet to lose.

“In this league if you get up on people, more than likely you’ll get in their head they’ll try to get a little too aggressive and sloppy with the ball,” Nick Bacarella of Sportslook said.

Bacarella, who has been praised for his ability to both effectively play and coach on the court, was able to pinpoint the reason of his team’s success. Sportslook turned out an incredible defensive performance as a unit in a statement victory that saw Bryan Acevedo’s hot shooting continue.

Acevedo would provide the bulk of the scoring, providing 25 of his team’s 56 points. In the middle of the second quarter, Andrew Cavanagh would become ill and exit the game, which given the impact he has on the game, seemed to be a big loss. Sportslook was able to fill the void easily, as they have always done, finding production from exquisite ball handler and point guard Scott Crochard. Sportslook will look to capitalize on their momentum next week against the Goon Squad.