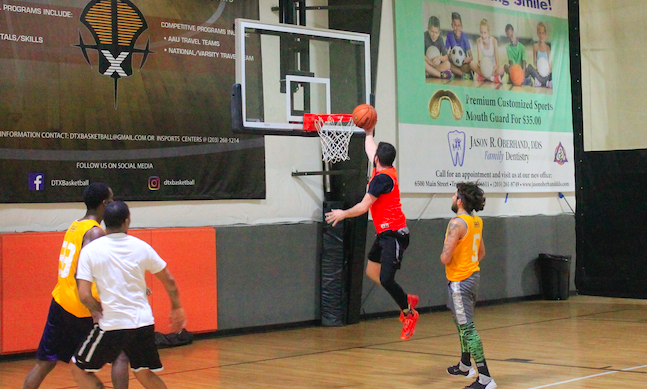 Sportslook narrowly escaped defeat on Monday night as they defeated Young Kings by a final score of 98-96. This was the second week in a row where Sportslook has stuggled to defeat a weaker opponent but they have been fortunate enough to be on the winning side of both games. They jumped out to an early 13-point lead after the first quarter, but, just as last week, their lead faltered as the game went on.

The absence of key players was noticeable, as Sportslook was not as physical late in the game as they usually are. Dan Kokkoros led the way with an eye-popping 36 points, five rebounds, three assists, one block and two steals. Bryan Acevedo also added 29 points, 13 rebounds and six assists and Nick Bacarella posted 27 points, four rebounds and seven assists.

“Both teams had four players so it’s kind of the will and determination at the end of the game once you lose your legs,” Bacarella said. “They played well and shot well and they made a bunch of three’s, that’s why they were in the game.”

Both sides were short players tonight, most noticeably Jeff Norko from Sportslook.

“We were determined and we played well as a team,” Bacarella continued. “Missing all the guys that weren’t here tonight was huge just because we were tired. but we have a good team and we plan on going far (into the playoffs).” Sportslook was able to hold off Young Kings despite not having multiple key players but they were still able to pull out the victory.

Young Kings played very well for only having four players tonight, and almost completed a miraculous comeback. This is the game a lot of our analysts were looking for from Young Kings, and in all seriousness without the first quarter they won this game.

They were dominant on both ends of the floor once they got into their groove and were almost unstoppable from three-point range. DJ Foster exploded for 41 points, eight rebounds and five assists in the loss, and Destin Simmons tallied 33 points, 12 rebounds, three assists and two blocks.

This team is due for a quality win before the season is over, and don’t be surprised if they make some noise in the early rounds of the playoffs.