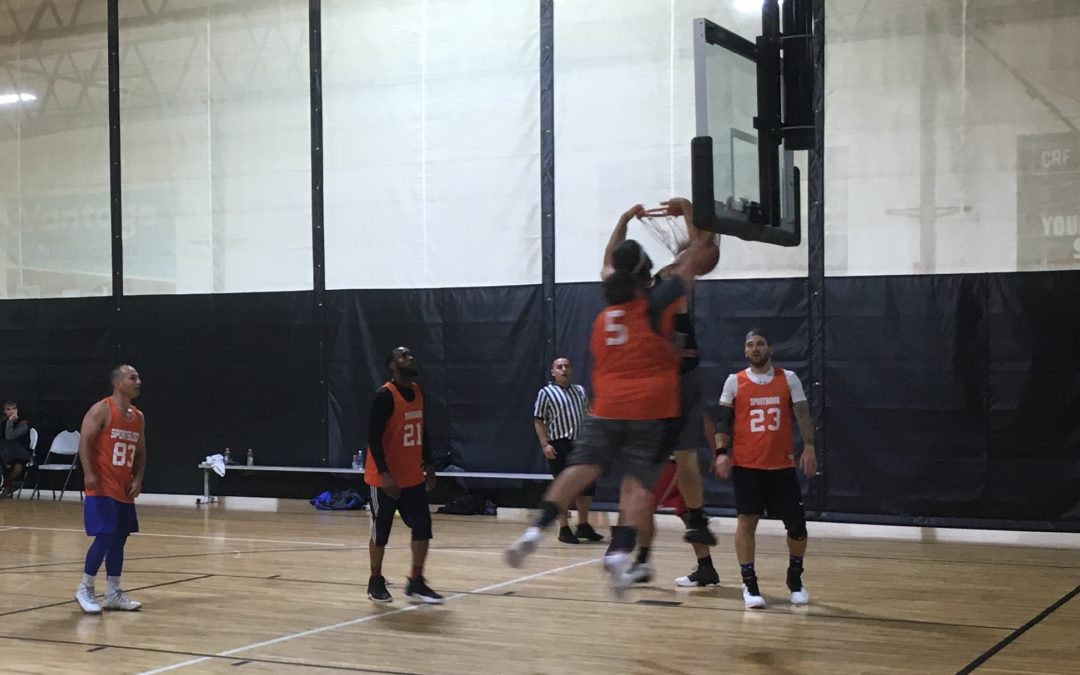 If someone told Sportslook they would shoot 17-for-51 from the field and have four players show up for their Week 8 matchup and still win by nine, they might have had a hard time believing it.

Unless they knew they were playing the winless Fry Time team who would shoot just 19-for-48 as a team and give Sportslook a 61-52 win.

“We’re a team that likes to run, and we weren’t able to do that early on,” Sportslook’s Dan Kokkoros said. “Still, they had nine or 10 guys and still couldn’t keep up. That was apparent. We played a terrible game and still won by nine.”

For the second straight week, Fry Time was on the losing side of a game in which their opponent played their sloppiest game of the season. This game had the makings of a sluggish affair from the opening whistle, as the first field goal of the game wasn’t converted until midway through the first quarter.

Kokkoros and Nick Bacarella led the way for Sportslook with 27 and 21 points, but shot 33 and 31 percent respectively. Richard Starkey’s double-double kept Fry Time within shouting distance for most of the game, but the team shot themselves in the foot by shooting just 9-for-19 from the free throw line.

The free throw line was a high traffic area for both teams, especially Sportslook as Fry Time committed 16 personal fouls in the game. Fry Time turned up the physicality in an effort to wear down the shorthanded Sportslook roster, but Sportslook converted their free throw opportunities and kept enough wind in their sails to move to 5-3 on the season.

It wasn’t pretty for Sportslook, who was without their best offensive player in Bryan Acevedo, but they know they are a force to be reckoned with when their bench is full.

“Our record doesn’t reflect how good of a team we are,” Kokkoros said. “When we have a full team, we can compete with anybody.”