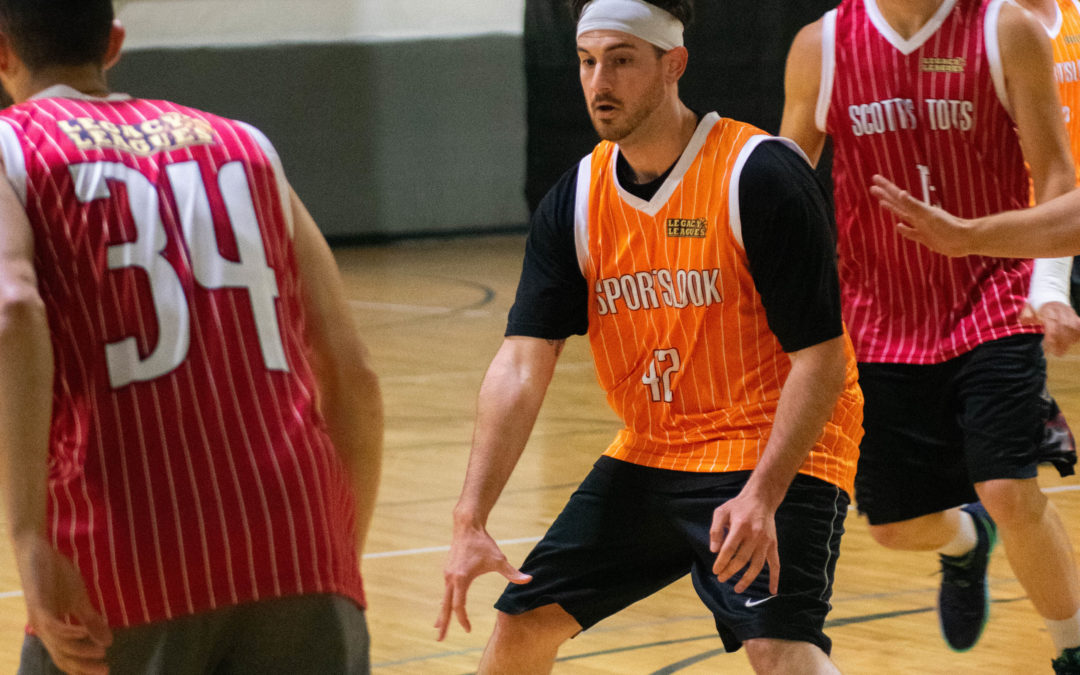 Monday night was filled with action for the first night of the Summer ’19 season, starting with a win from Sportslook against Scott’s Tots, 65-55.

Many players on Sportslook are from Monroe, Conn. and have played together for several years now. Their team chemistry showed on the court last night as they dominated the second half, never letting Scott’s Tots lead. Their offensive strategy continued to improve as the game went on and shots were made more consistently.

Returning player Jeff Norko had an impressive performance as the team’s second highest scorer with 15 out of 65 points. He also had the highest field goal percentage of 58.3 and contributed to the teams successful offense.

Matt Marconi, a veteran of Legacy Leagues, was the teams leading scorer with 22 points. He brought great energy to the game and helped the team stay ahead. He commented on the teams strategy below.

“We switched to a two-tone second half, that allowed us to rest more and get some good looks on offense,” Marconi said. “We ran with it, gained momentum and took the lead.”

Their hope is to get in better shape for the remainder of the summer and enjoy Legacy Leagues, Marconi said.