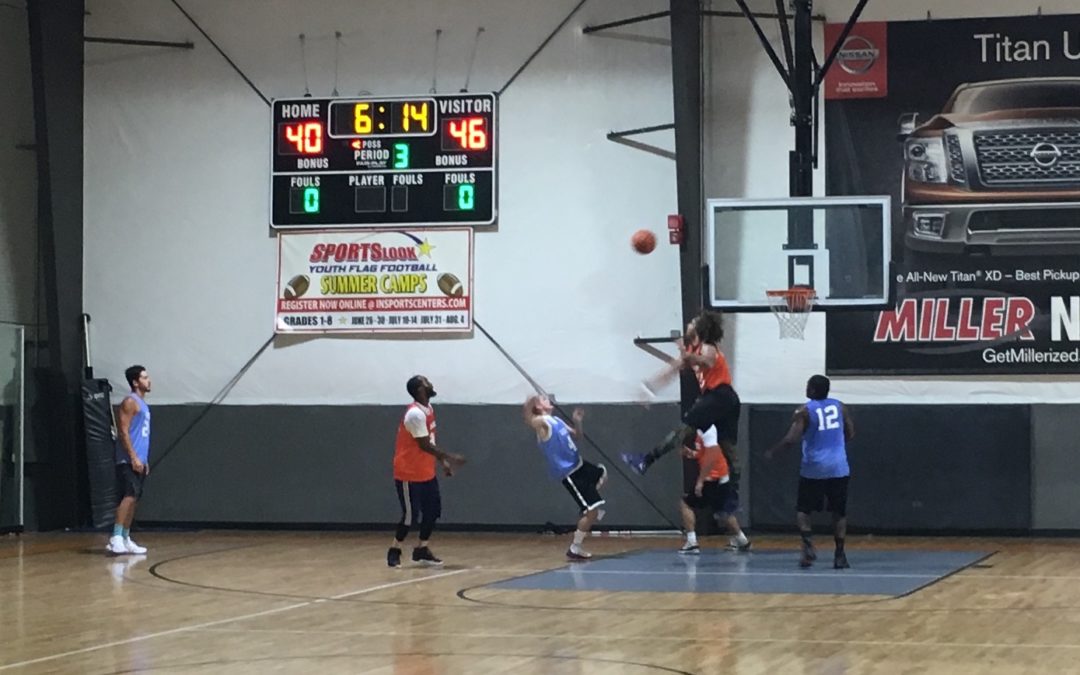 Sportslook and Lob 203 played a game that was an instant classic Monday night, where Sportslook would come out on top, 74-71.

Sportslook played their fast-paced, efficient style of play that we’re accustomed to seeing. Bryan Acevedo had 27 points and was his normal self, scoring at will in a duel with Lob 203’s Eric Singleton, who added 27 points of his own. Lob will need to find another source of scoring other than Singleton if they want to many any noise in this league. Singleton with some help can make this Lob 203 team dangerous in the future.

Sportslook’s ball movement and unselfishness was the difference in the end as Lob couldn’t shut down Acevedo and company, who looked to gain more rhythm and flow as the game went on. Sportslook’s main contributors came to play tonight and it showed. Acevedo scored 27, Dell Morris scored 13 and Christian Allen scored nine.

“Some of us had a long weekend; we came out a little slow but we got back into it offensively,” Sportslook’s Nick Bacarella said. “[In the] second half we tried to play our brand of basketball.”

They outscored Lob 42-35 in the second half including a six-point difference in the fourth. Lob 203 kept fighting throughout the game but in the end Sportslook’s defensive tenacity reigned supreme shutting down everyone not named Eric Singleton in the fourth.

“We haven’t gotten a grind it out win all season so it felt good,” Bacarella said. “This will be momentum and when we play more talented teams we will be ready.”

Sportslook gets that chance next week in a highly anticipated matchup with the undefeated Monstars.