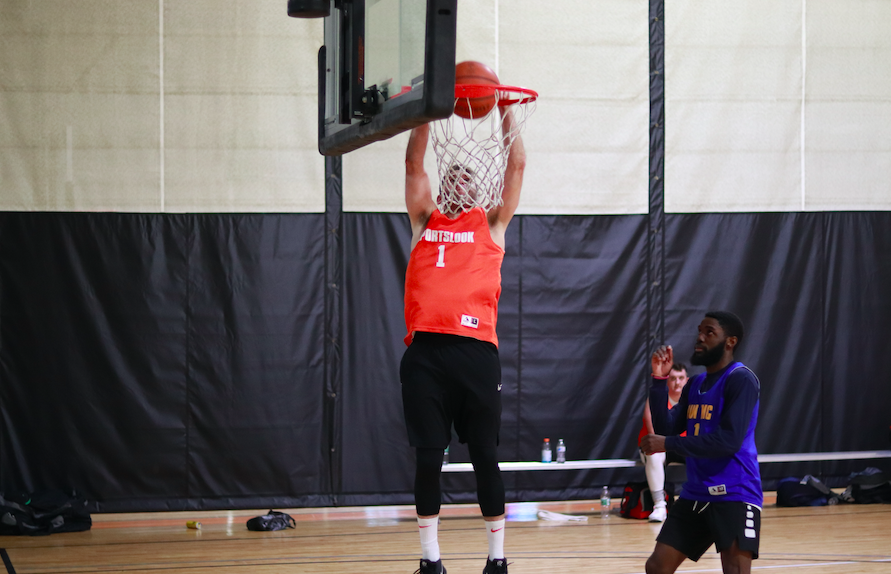 Sportslook came into Insports Center Monday night on a mission. After getting blown out by Shocker City in Week 1, the team came out on fire against Run TMC, winning by a score of 77-61.

In a mostly one-sided game, Sportslook controlled from the opening tip-off, took a commanding 40-29 halftime lead and didn’t look back as they outscored Run TMC in all four quarters.

Jeff Norko led all scorers with 34 points, seven rebounds and three assists. Norko shot an extremely impressive 15-for-19 from the field, good for 78.9 percent.

“We’re a really good team and we really gelled tonight,” Norko said after the game. “Felt really good to get that win, hopefully we can keep that going.”

There are still things Sportslook players say they can improve on to truly compete with the best of the best in this league.

“We have to get back on defense and maybe hit a couple threes,” Norko said immediately. “We have to play good, clean fundamental from here on out.”

Dan Kokkoros, who had 19 points, and John Zervos, who had 11 points, helped lead the way to the clutch victory for Sportslook. Sportslook is back in action next Monday night against The Chasers, who struggled tonight against NickStrong but still pulled out the win.

The lone bright spot for Run TMC was newcomer Reggie Smith, who had 29 points, 10 rebounds and four assists in the loss. This was a shocking loss for Run TMC, who narrowly beat NickStrong last week for the same reason: lack of depth.

The team only had one sub for the second straight week and looked lost on both ends of the floor. If they can get their depth back, this team is not one to mess with. They face a tough test next week against a scrappy Rim Breakers crew who snagged their first win tonight.