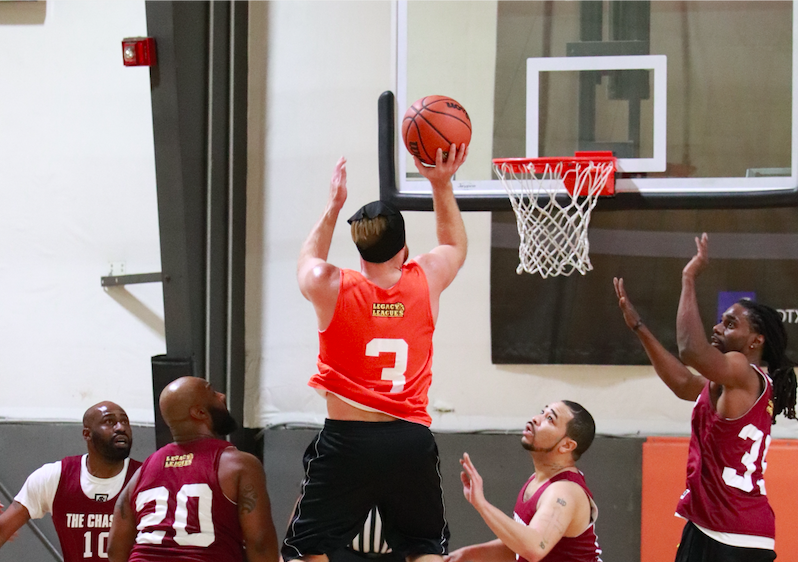 Sportslook used an impressive 16-9 run through the second quarter to defeat The Chasers, 58-49.

It was in the fourth, however, that The Chasers seemed to gather momentum, creating havoc on the defensive end and making what seemed like every shot on the other side of the ball.

After falling down 11 points late in the third, The Chasers cut the deficit to just 4 until they ran out of gas late in that game.

“When you play the top teams, they’ll spring with you,” Dan Kokkoros said after the win. “We slowed it down and controlled the pace.”

That is exactly what Kokkoros and company did late in the game. When it seemed The Chasers were going to swing the momentum, Sportslook completely changed their identity and played at a very slow pace. They waited out their opponent and didn’t force a shot attempt for the final two and a half minutes.

It was an impressive display of patience, especially while fighting off a resilient Chasers squad. Bad teams panic and try to make too much happen, while Sportslook did what a  contender does and stay within themselves.

Kokkoros led Sportslook in scoring with 20 points and added six rebounds, a block, and two steals on the night. Jeff Norko played Robin to Kokkoros’s Batman, adding 16 points on 7-of-12 shooting. Defensively, Norko and Kokkoros made a huge impact, accounting for five of the team’s six steals and half of their blocks.

For The Chasers, David Armstrong matched Kokkoros’s 20 points and 6 rebounds in a losing effort. Armstrong shot 10 of 15 from the field and didn’t attempt a single three or free throw. He also added a block to his name as well and really carried the Chasers offense tonight. Only one other Chaser was in double figures and that was Jhamal Jones who finished with 13.

Sportslook will look to continue their win streak as they face an undefeated Flint Tropics team when games are resumed on January 7th. The Chasers will look to bounce back on the same nights against The Rim Breakers who are looking to avenge their loss tonight to Run TMC as well.