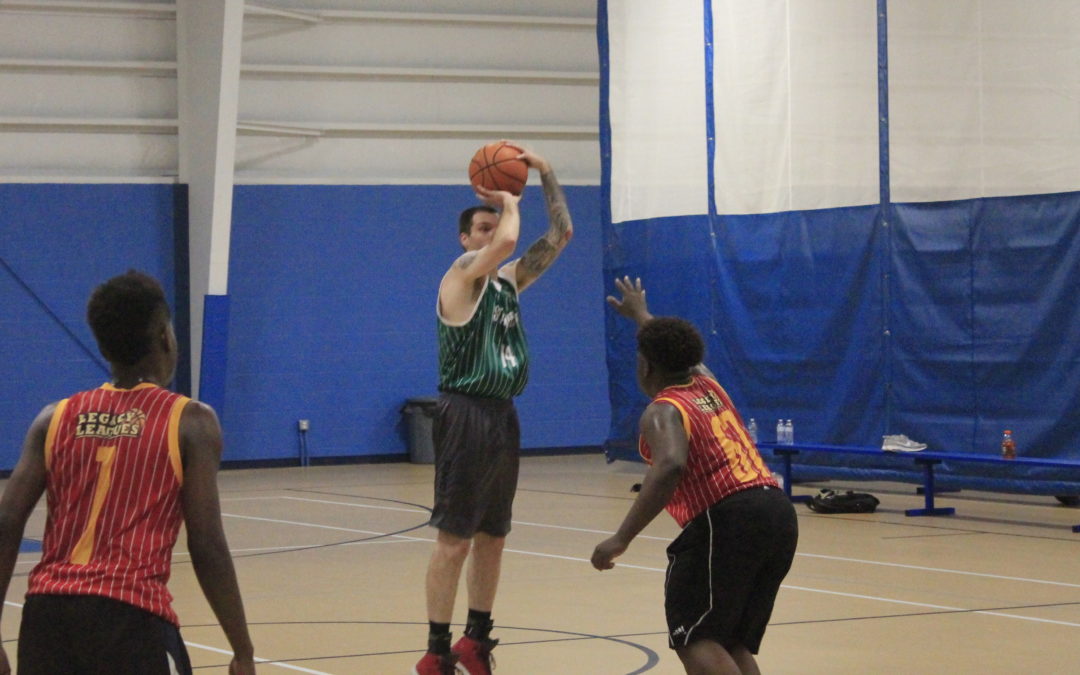 With a quiet first half, the real show came in the second half when Stampede came alive and exhibited complete control of the court. Though the Basket Hounds also picked it up in the second half, and made some especially impressive dunks, the short-handed Stampede team was able to match their energy.

To get better as the game went on without any substitutes in no easy task.

The Stampede’s Austin Barkley said better ball movement was key. The team chemistry was very evident and played a major role in their victory. John Peterson continued to drained three-point shots just as he did in Week 1, helping the team dominate both halves.

The Basket Hounds had a rough night shooting the ball, shooting 28.4 percent as a team in Week 2. That will need to greatly improve for them to score enough points to be in games in the coming weeks. Mike Bartholomew led the way with 24 points, and Orane Smith recorded 11 points, 12 rebounds and six assists.

Looking forward to next week, Allen and Barkley both agreed on one way to best improve on their Week 2 performance.