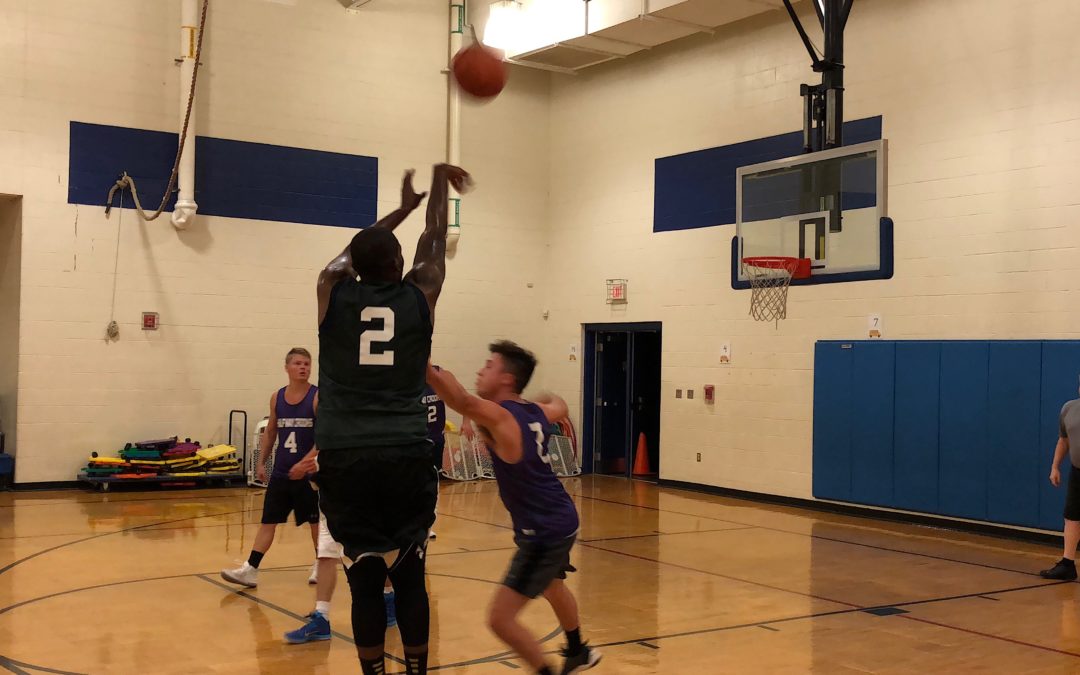 “Defense wins championships” is a phrase that every sports fan has heard since their childhood. When watching The Alliance, it is clear everyone on the team also has heard this a few times. With another outstanding defensive performance, The Alliance keeps their win streak alive with a 110-56 victory over the Halfway Crooks Wednesday night. The Alliance remains the only undefeated team in the league, and they showed no signs of slowing down.

The Alliance had four players score over 20 points, with the most production coming from Max Matroni (33 points). Tom Ferranti led the Halfway Crooks in scoring with 19, and was the only player to eclipse the 15-point mark. Ferranti has been a staple in their offense all season long, averaging the most points per game for them with 18.4 per contest this season.

Wednesday night was all about defense, though, and The Alliance made a statement.

“We trust each other and play both ends of the floor,” The Alliance’s Brandon Stephens said about their effort in their Week 5 win.

Defense has been a point of emphasis for them all season long, and it was on full display in Week 5. Collectively The Alliance had 17 steals, and forced 19 turnovers, while only committing six fouls. They play an intense style of man defense with a lot of communication and switching, feeding off of each other’s energy. When they pick up full court and start to double team, that’s when they really begin to put on a show and rack up the fast break points.

Even though a blowout loss can be heartbreaking, the Halfway Crooks still are tied for second place overall in the standings, and can take a lot away from Wednesday’s loss. They also were without a key contributor in Dylan Lincoln, who averages 13 points and nine rebounds per game this season. He also spreads the floor, rebounds well and ball handles for this team, which would have been helpful against The Alliance. The Halfway Crooks are 1-2 without Lincoln, and 2-0 when he has been there.

The Alliance has now beaten every team in the league, and the closest anyone has come to beating them was Boom-Shakalaka, who only lost by 15. Next week they get a matchup against the Werewolves, who are coming off of two-straight losses. The Alliance will look to out pace the Werewolves, and continue to smother teams with their defense.

“We continue the mindset of wearing teams down, no matter what the score is,” Stephens said. “Just every quarter be at least one point better than the team that were playing and we’ll be good.”