Stewart and Cody lead Monstars past Stranger Danger to semifinals 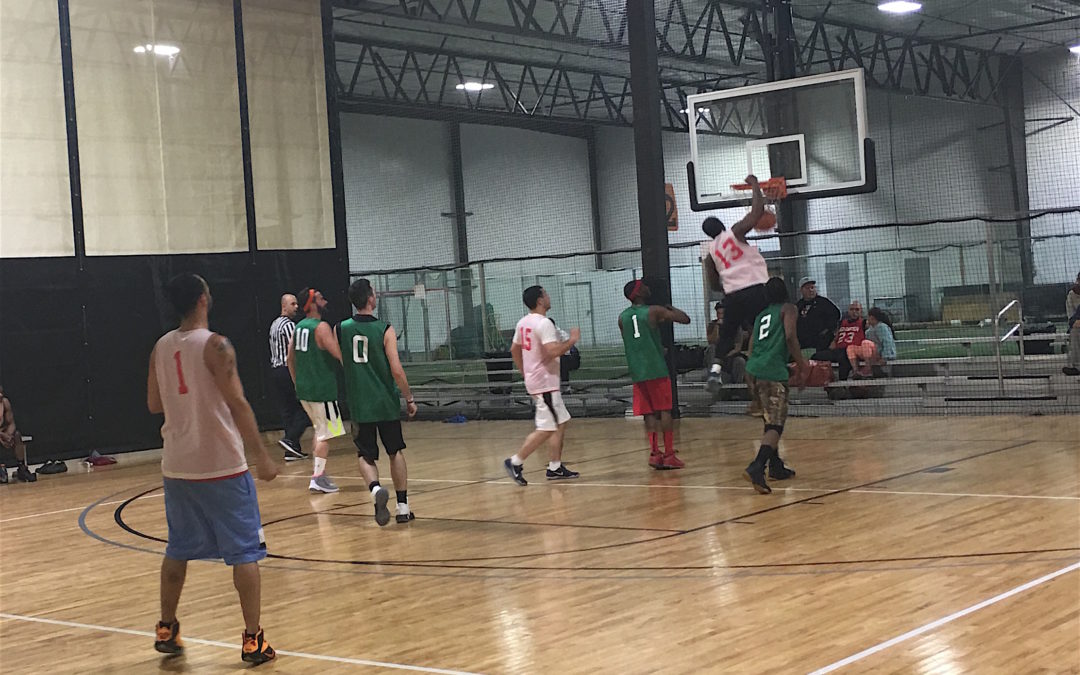 One of the two surprise teams taking the court in the quarterfinals was the 13-seed Stranger Danger, but their magic from their first round upset would run out, as the Monstars handled Stranger Danger, 103-78, to advance to the semifinals.

“We knew we had an easy match up going in so we basically just played Monstars basketball,” the Monstar’s Jibril Chisholm stated after the game.

In a fast-paced game that did not have much highlights until the fourth period, the Monstars were clearly the more athletic team as they were able to beat Stranger Danger up and down the court. The Monstars switched it up between a fast-paced and a slower-paced offense, while many of their points came off layups and put backs.

One thing that helped the Monstars achieve victory was their rebounding. Of their 41 rebounds, 16 of them were on the offensive glass, giving them numerous opportunities for easy put backs. If Stranger Danger was able to control the boards and stop some of these easy baskets, the Monstars would not have been able to build their lead as quickly as they did.

Stranger Danger was missing Will McAdoo today which hurt them, as they missed out on his defense and his sharp-shooting.

Steven Echols and Joe Cordy played their hearts out for Stranger Danger, but their one-on-one gameplay wasn’t enough. Echols led all scorers with 29 points and nine rebounds. Cordy came up with 23 points.

“We play the Cereal Killers, so it might be a little challenging, but all they got is Mike Davis.” Chisholm commented, referencing the semifinals game that will occur on Tuesday night with a spot in the Finals (Tuesday, April 18) on the line.