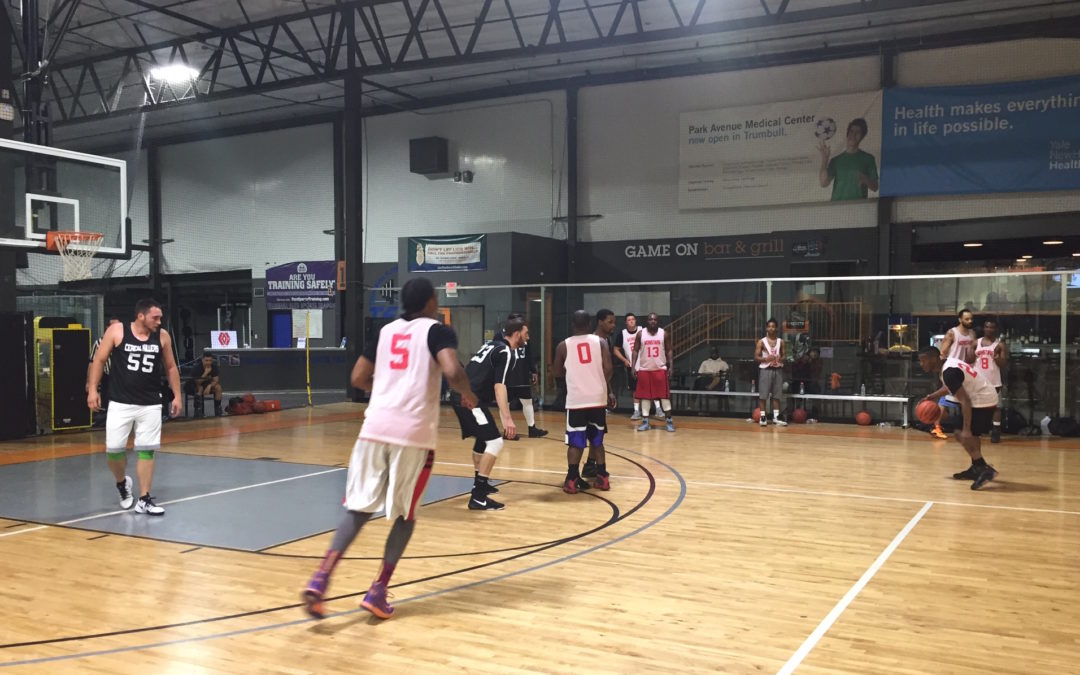 The playoffs have been full of surprises, and the semifinals were no different as the fifth-seeded Monstars served the top-seeded Cereal Killers their first lost of the season, 89-76, in large part thanks to Reggie Stewarts offensive explosion.

This was a seesaw battle the entire game that relied heavily on both teams’ offense. Going into this game, the Cereal Killers were heavily favored, but Reggie Stewart and the Monstars were able to overcome the odds. Stewart finished with 47 points on 15-of-21 shooting, and hit nine threes as well.

The Monstars were ahead the entire first half until a few seconds were left in the second period when Cereal Killers were able to finally tie it up.

“We got lackadaisical on defense and we started to get burned out,” Stewart said at halftime. “We just needed a break, to catch our wind.”

The Monstars and Cereal Killers are two teams that like to play an up-and-down offense, making this game very fun to watch. Both teams were able to do that with ease, but the Cereal Killers did not step up their defense enough. Starting in the first period, the Monstars were easily moving up the court and were able to get open outside shots to get on the board easily. The Monstars had a great day shooting from deep, going 14-of-27 from three.

Defense did indeed play a major role in this victory for the Monstars. They were able to shut down Tyrhon Coward, holding him to only three points, who was averaging nearly 18 points per game coming into the contest.

“We had a great team effort, and this man right here [Reggie Stewart] is definitely the MVP of the game,” the Monstars Jibril Chisholm said. “Everybody played their part. Everybody did what they had to do, and that was a good game.”

Stewart led the Monstars with an astonishing double-double: 47 points and 11 rebounds. Brandon Seabrook was the second highest-scorer on his team, scoring 17.

“That was amazing,” Chisholm said of Stewart’s performance. “This is my first year with Reggie. I’ve never seen him score like that so that was kind of crazy.”

The Cereal Killers’ Mike Davis, who lost his first game in his three-season Legacy League career, put up 30 points and his teammate Davon Pratt added 21 points.

Red-emption also won today, which lines up the three and five seed in the Finals on Tuesday, April 18.

“It’s going to be one hell of a game,” Chisholm said. “They beat us in the regular season, so I’m going to stay a little humble. It’s going to be a good game, that’s all I gotta say.”