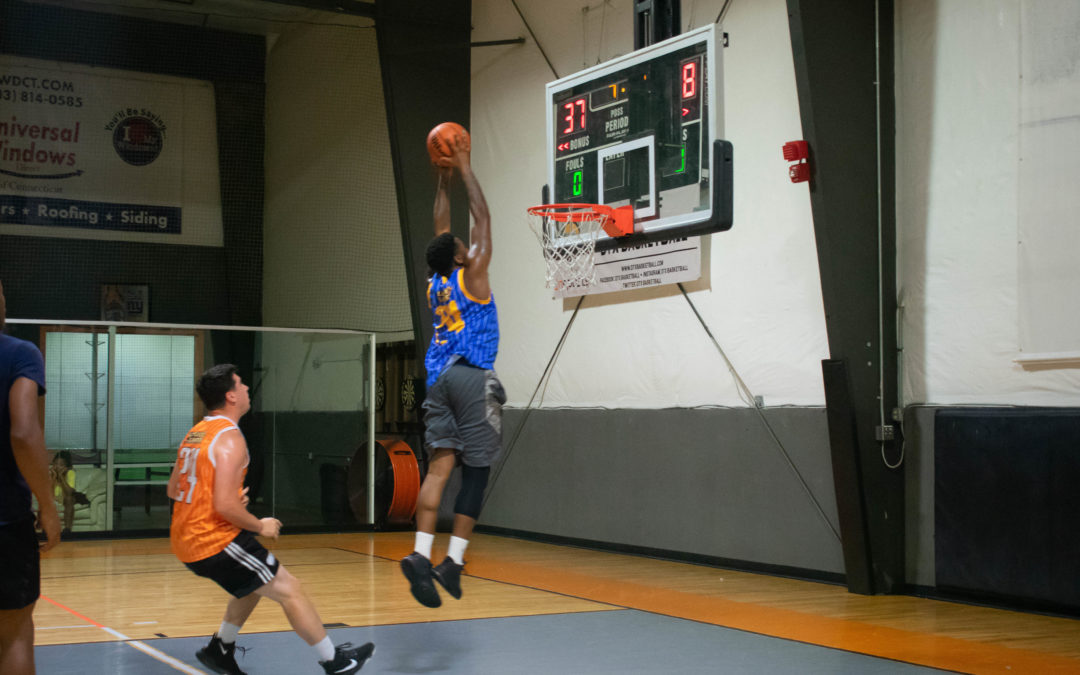 Week 5 marks the middle of the regular season in the Legacy Leagues, and teams are finally starting to come into form. Teams are playing to their maximum potential, and it’s making for very exciting matchups.

However, there is one team who has proven week in, and week out that they are gunning for the championship trophy harder than anyone else. That team is Run TMC, who remained undefeated with a 72-64 win over Sportslook.

Run TMC is a very athletically-gifted team of players, who love to get out in transition and score in many different ways. In this week’s victory over Sportslook, star player Reggie Stewart shook off some cob webs from the past two weeks to drop a game-high 26 points. Stewart getting back into form was a major key for Run TMC to come away with the victory, but it also didn’t help that Sportslook were missing a couple of players.

“They only had five guys so we knew we just had to wear them down,” said Slattery.

And wear them down they did. Although Sportslook’s “big three” of Matt Marconi, Jeff Norko and Dan Kokkoros kept this game relatively close, the speed and endurance of Run TMC was too much for Sportslook to overcome.

Considering that Run TMC won this game against a very talented team, and key players like Dominique Langston and Kevin Blake were held relatively silent (4 points each), that just shows how talented this team in on both sides of the floor. They play as a team, they pass the ball around and make their shots at a very high efficiency.

Next week will prove to be this team’s biggest test, and possibly the biggest game of the regular season, as they face off against the other undefeated team in the Flint Tropics. However, Run TMC seems to already have their sights set on the postseason.