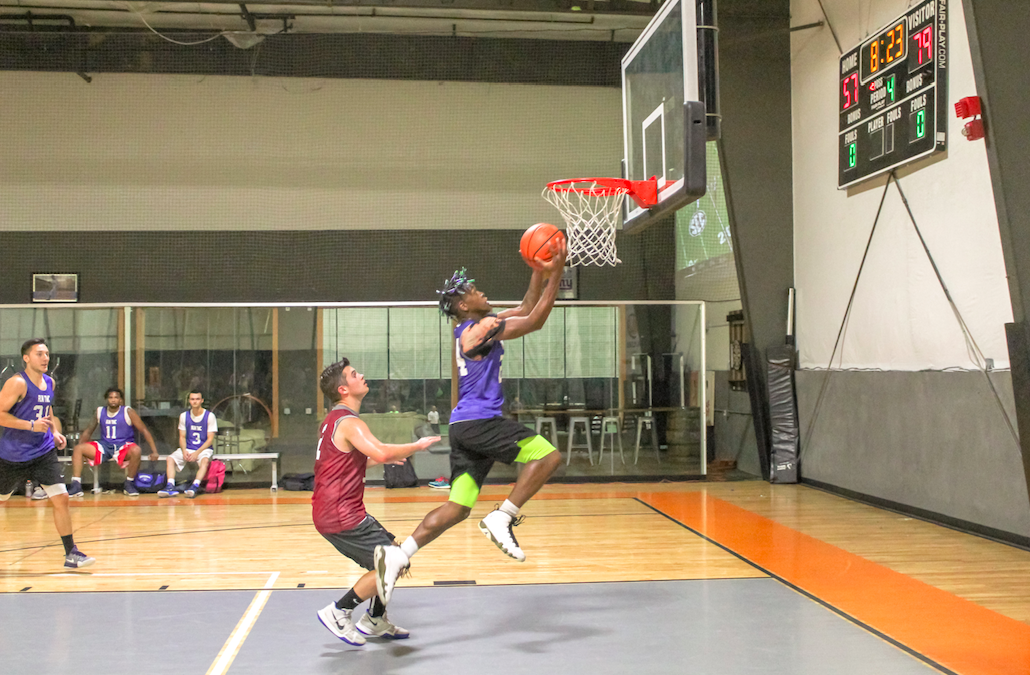 Run TMC finished the season as one of the best teams in the league for a reason.

After defeating Young Kings 93-73, that reason is very much evident. Run TMC has the ability to put up a bunch of points on the scoreboard and at hold their opponents to a low score at the same time.

Reggie Stewart yet again puts on an MVP caliber performance, dropping 24 points, seven rebounds, and five assists. With Stewart back in the line up after missing week 8, Run TMC was back to doing what they do best; score the basketball. Eric Singleton added his own 24 points to go along with his seven rebounds and four assists while Will Hudson had 20 points.

“We were just trying to get Reggie back in, get him back into the flow with all of us…getting him back acclimated before the playoffs is a big deal,” Joey Zocco said.

Run TMC did exactly that. Although Stewart didn’t start the game, he didn’t miss a beat either. As a team, Run TMC shot 48 percent from the field and 38% from the three-point line.

On the other hand, Young Kings were without their best player in Myles Raymond. While his offense was missed, Dontae Abbate still managed to go off for 37 points, 13 rebounds and four blocks. Eddie Whitman also had 31 points including nine three-pointers.

“You want the easiest road as possible and that’s what you play all season for, so we try to bring that every day,” Zocco added when asked about the upcoming postseason.

With the regular season officially ending on Monday night, teams now prepare themselves for the playoffs. Seedings make a huge difference, especially since the two top teams receive a bye week in the 1st round.

Now that Reggie Stewart is back and on the same page with the team, Run TMC hope to make a deep playoff run with that high powered offense of theirs.