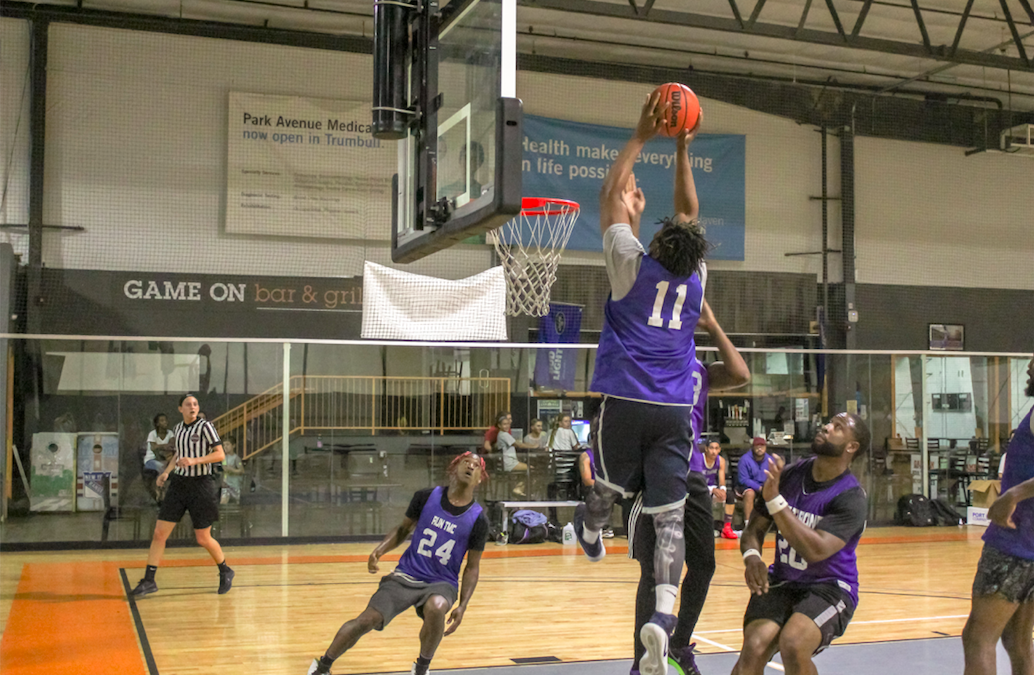 Run TMC continues to click on all cylinders as they dominate The Throne, 84-60, in the Quarterfinals.

Run TMC is a team that is very deep, and it showed once again as they had many different options contributing. Will Hudson had 12 points and Kayjuan Bynum had 18 points while grabbing 15 rebounds.

However, there was one player who had full control of the game for Run TMC today and that was Reggie Stewart. Stewart has been one of the best players, if not the best player, in the Legacy Leagues this season. Stewart is averaging 26.1 points, 8.0 rebounds, and 6.3 assists per game this season, making a strong case for a potential MVP. Stewart put on yet another show for Run TMC, putting up 35 points while grabbing 11 rebounds Monday night.

The Throne fell short in this one, but they still had a strong season. The loss of star player Russ Payton to injury earlier in the season was extremely unfortunate, and really hurt the championship aspirations that The Throne had.

Defensively, Run TMC’s picked it up a notch in the second half creating turnovers, shutting down passing lanes, and having a physical presence in the paint. We all know that TMC can put up a large number of points on the scoreboard, however, if they can play defense the way the did in the second half, this is going to be a very tough team to match up with.

“Our defense turned it up,” Singleton said. “We made it our goal to get to 80 points and hold them under 70, and we did.”