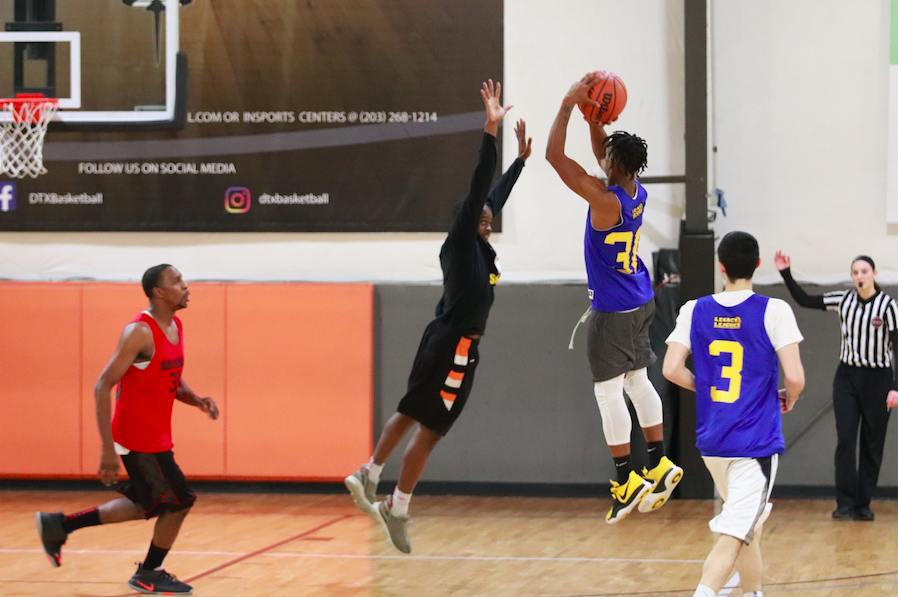 In Week Three, we had one of the games of the year with Run TMC going against the Rim Breakers. Everything came down to the wire, and TMC really came up big in the final two minutes, beating the Rim Breakers 79 to 74.

It was getting chippy out there in the final quarter on Monday, but Reggie Stewart kept his team in check and scored a team high  43 points with 10 rebounds and five assists. In only his second game back, it looked as if there was no rust on him whatsoever. Should Stewart continue to play like this for TMC throughout the season, they will definitely be a championship contender this year.

The Rim Breakers were playing a amazing game tonight up until the fourth quarter. Helping them was Kintwon Miles who had 21points and Gerald Mclease who had 16 points and six rebounds. These two kept the Rim Breakers in the game, but it wasn’t enough to hold them in the final minutes as Erick Langston said when asked about crunch time.

“We put together a game plan,” Langston said.  “We weren’t going to let them break are tempo because that what got us the lead.”

Run TMC was looking like a monster team tonight, and they could possible beat a lot of teams that are ranked hire then them on the Legacy Leagues power rankings. At least Langston thought so, calling out the defending champions after the game.

“What’s that team over their? Oh Shocker City,” Langston said. “We want them! They’re like the Golden State Warriors, but were not scared of them.”