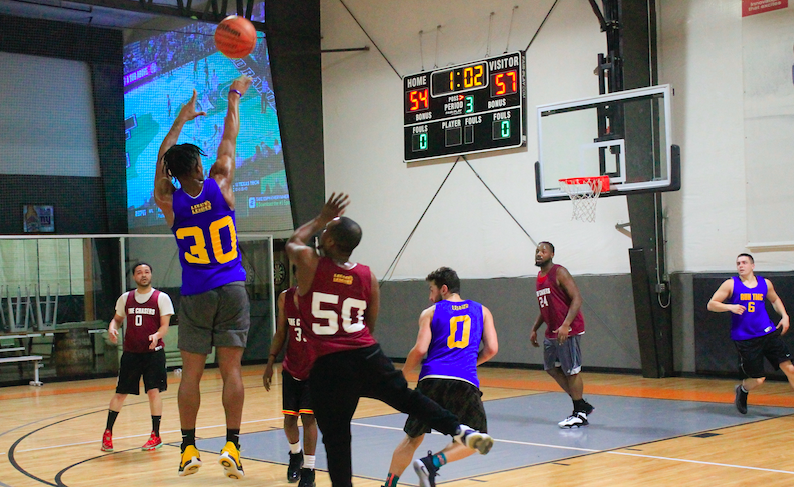 It took them an extra period, but Run TMC snuck out a close win against The Chasers on Monday night at Insports. Reggie Stewart continues to look like he is in MVP form dominating this game from start to finish.

Down five points entering the fourth quarter, Run TMC went on a run, scoring 23 points to send the game to overtime, and pulling ahead by just three in the extra period. They won this one by a tight score of 90-87.

Stewart probably has the most impressive stat line in the league this season. He finished with 45 points, 14 rebounds, and eight assists. Cody Dileonardo contributed 16 points and Eric Singleton also threw in 13 for Run TMC in the win.

Dominique Langston also had a big game for The Chasers. He finished with 36 points and 12 rebounds. The Chasers big man David Armstrong had an impressive double-double with 15 points and 10 rebounds, while Brandon Seabrook also added 19 points. These three were huge contributors in a big third quarter for The Chasers, which gave them the lead heading into the fourth.

Run TMC improves to 5-2 after the nail-biter and they have their sights set on making a playoff run.

“The end goal is always a championship,” Tyler Feldman said. “It would be really nice to finally win the league.”