Stichell Pours in 40 as Boom beats down Shake N’ Bake 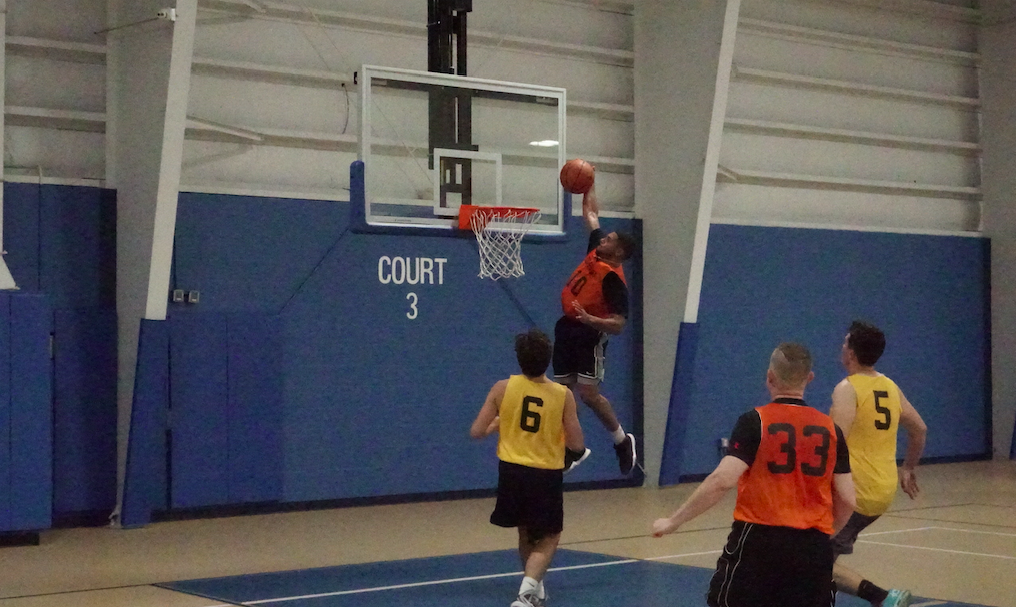 Nate Stichell was red-hot Tuesday night as he poured in 40 points, ten of which coming from three point range, allowing Boom to coast against Shake N Bake, 85-45.

Teammate Trevor DiMicco chipped in with 21 points to go along with some high flying dunks and three point precision from Lucas Martin. As for Shake N Bake, Dan Kennedy led the way for his team as he posted a double double, finishing with 16 points and 10 rebounds.

Boom set the tone from the beginning of the game with their relentless ball pressure forcing 14 Shake N Bake turnovers, leading to multiple costly dunks and transition threes. Stichell and his crew held Shake N Bake to just 7 first quarter points and finished with 16 points of their own. As a result, Shake N Bake was never really able to get in an offensive rhythm and was unable to chip into the lead.

Stichell, who finished with four steals, emphasized his team’s defense as the main key for Boom-Shakalaka in his post game interview.

“That really starts my offense,” Stichell said. “When I was younger, I was a lot quicker then a lot of guys, so I’d get steals in the open court and go lay it up. My offensive game has translated a little more.”

Translated is an understatement as Stichell has shown that he is as complete of a player as anybody else in this league. Boom will look to stay undefeated next week as they take on Bucket Chasers, while Shake N Bake will attempt to dethrone the defending champs Lob City.