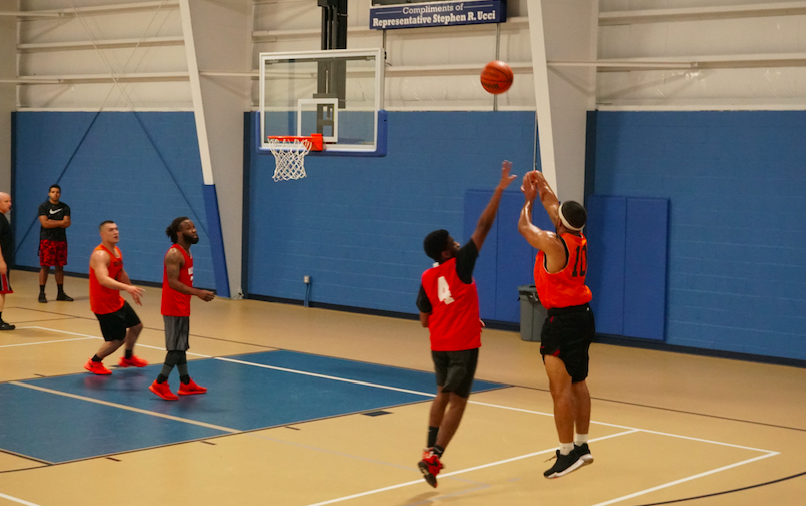 Nate Stichell did his best Steph Curry impression in Boom-Shakalaka’s win against the Wild Hogs, draining 56 points with 16 three’s to help his team win their fourth-straight game, 125-78.

Boom-Shakalaka set the tone immediately after a dominant 41-22 first quarter and never looked back. The Wild Hogs had no answer on defense as Boom-Shakalaka shot 60.2 percent from the floor as a team.

Stichell was the star of the show with those 56 points, breaking the single-game scoring record previously owned by Cody Crawford’s 54 points from Week 8 of last season. Stichell came just short of a quadruple-double as he added 10 assists, nine rebounds, and eight steals.

“I think as a team it feels good,” Stichell said. “Individually I think my guys just found me and got me the ball a lot more. I had the hot hand. Overall it was a good game for everybody though.”

Stichell wasn’t the only member of Boom-Shakalaka that had a big night. Trevor Dimico put up a very impressive 31 points with a super-efficient 13-of-18 from the field. Lucas Martin made sure to get his own stat sheet filled with 13 points, four rebounds, and four steals.

The Wild Hogs got a solid game from the reigning Player of the Week, Mike Bandieri, who dropped 20 points, six assists, and five rebounds. Joey Coro led the team in his season debut with a solid double-double of 27 points and 16 rebounds.

Boom-Shakalaka, on the other hand, is undefeated and Nate Stichell had a few thoughts on how to stay that way.

“Just keep playing how we’re playing,” Stichell said. “You know, don’t change anything up, I think we just play consistent. Show up every day, show up on time, and I think me showing up on time helps a lot.”