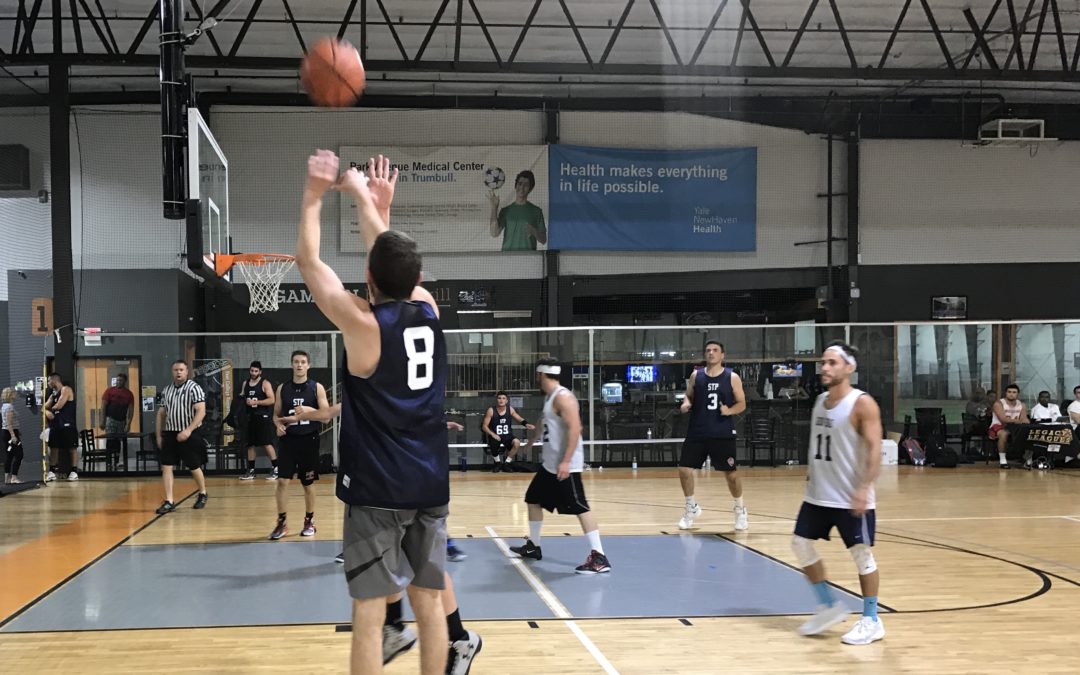 With just four members of their team suited up prior to Monday night’s matchup with STP, Goon Squad asked if they’d be able to rest one person throughout the game and only play with three on the court at a time. They didn’t actually implement the strategy, but the fact that they thought about it foreshadowed what kind of night Goon Squad would have.

Taking full advantage of having twice as many players as their opponents, STP wore down Goon Squad to win 76-62, improving to 2-2 on the season after dropping their first two games.

Even though it was inevitable that a team with no substitutes would run out of gas down the stretch, Goon Squad found themselves down 17-5 after the first 10 minutes, even with their best two scoring threats: Matt Marconi and Brandon Massaro.

“Our gameplan was to get out early, push the tempo,” STP’s Mike Slattery said. “We knew they had four guys. We wanted to run them out.”

Marconi and Massaro shot 40 times combined during the game, but only 15 managed to find the bottom of the net. Marconi scored 26 points to Massaro’s 18. Jake VanSant added 10 points to Goon Squad’s score.

While Goon Squad’s scoring primarly ran through their two best players, STP continued to showcase their committee of scoring options. Four players finished with at least 10 points and that’s not necessarily because Goon Squad only had four players since this trend for STP has been happening since Week 1.

Slattery and Joe Salvatore were the two high scorers for STP, with 19 and 16 points respectively. STP’s scored at an efficient rate, too, as they shot over 50 percent as a team on the night. Slattery scored his points on 8-of-10 shooting while Salvatore shot 7-for-10. STP also out-rebounded Goon Squad by double digits.

Goon Squad added a fifth player during the second half, but it was too little, too late, as STP had built up a 21-point lead by the end of the third quarter. DJ Ellis, Goon Squad’s late arrival, scored seven points on 50 percent shooting. While his presence was needed much earlier, STP clearly had the upper-hand most of the night, taking full advantage of their strength by numbers.

Goon Squad falls to 1-3 on the season, and they will face a tough matchup in Redemption next week. STP, after reaching .500, will face an 0-4 Double Dribblers team that just added a legitimate scoring threat in this league in Bernard Brantley, who scored 30 points with 12 rebounds this week in a losing effort.