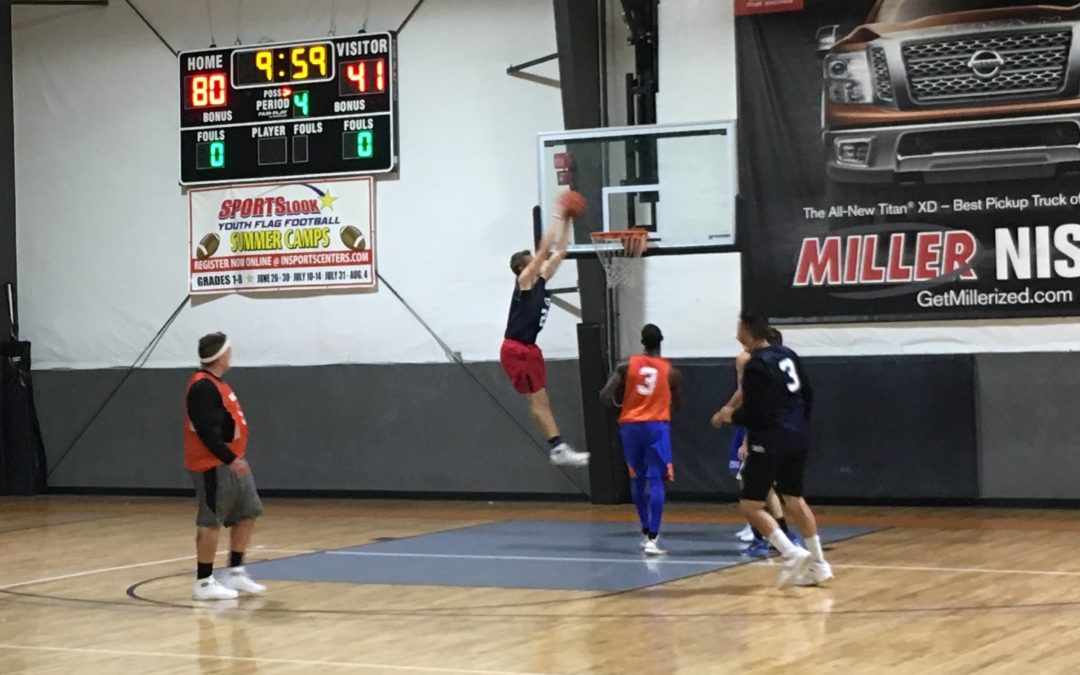 All season long, STP has found ways to utilize their deep bench in winning efforts. On Monday night, their depth was on full display once again, taking down Sportslook 110-60.

After Sportslook’s Bryan Acevedo was forced to exit the game due to technical fouls, it became quite evident that the game was essentially over. With only three players at their disposal, Sportslook was forced to play more than half the game man-down. On the other hand, STP had their full roster inclusive of eight players, which they took full advantage of by tiring out Sportslook in transition.

Even before Acevedo’s exit, STP got off to a great start led by Mike Slattery. Slattery has been a pivotal force for STP on both ends of the court this season. Finishing the night with 22 points on 9-for-12 shooting and 18 rebounds, Slattery truly filled up the stat-sheet. Slattery operates as the leader of his team, scoring at will when his team needs points, and protecting the rim against the league’s most tenacious finishers. If Slattery can continue to perform at a high level in the postseason, STP will be a legitimate force to contend with.

STP has had a very successful regular season, heading into the playoffs with a respectable 6-3 record. Despite starting out 0-2 on the year, STP rallied to win six out of their last seven games. STP has not had a very difficult schedule, so it’s hard to say where they stack up against the top-tier teams. Regardless, they have shown enough to be taken seriously by their surrounding competition.

In what looks to be a much more competitive matchup, STP will take on Sportslook once again for their first matchup of the playoffs. With Sportslook expected to show up with their complete lineup for the postseason, expect to see a team hungry to get one back on the team that took advantage of them this week. STP will need to be prepared if they want to avoid being upset in the first round.