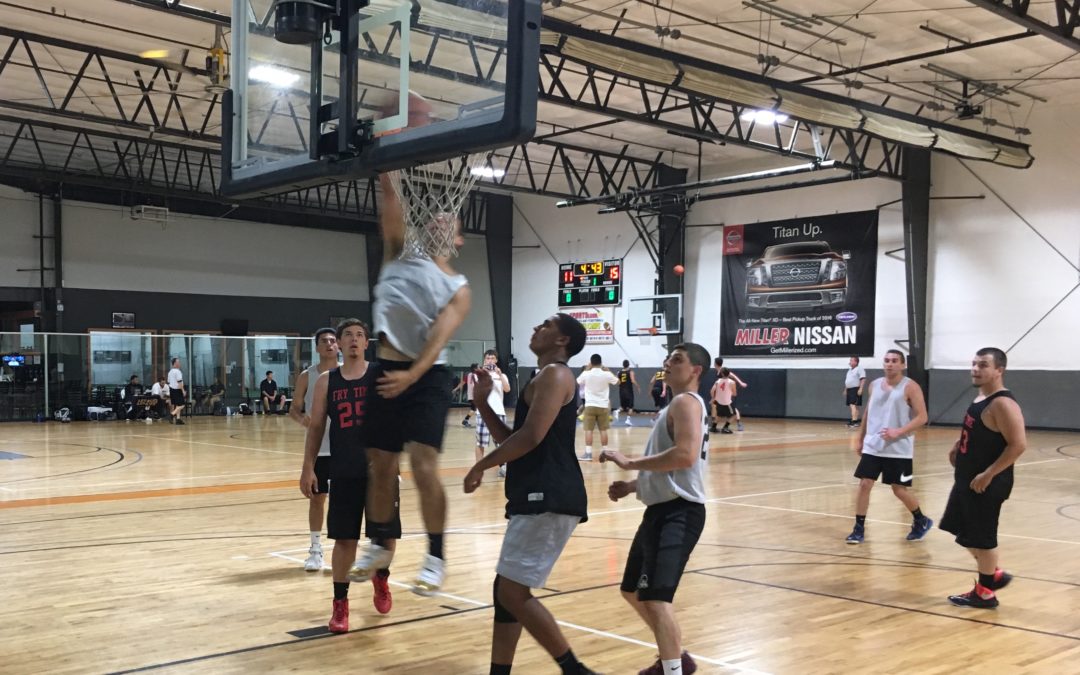 After a rocky start to the season against two seasoned teams, STP appears to have found their place in the league. STP took the floor in Week 6 against Fry Time, who was in search for their first victory of the season. STP, however, had a different agenda in search of their fourth straight win.

In a low scoring 61-35 win for STP that was dominated by Mike Slattery, the team has found their groove.

“We got our guards and big men working,” STP’s Brian Denham said. “Our boy [Mike Slattery] gets hot and gets the ball to the basket.”

Slattery was the games leading scorer, finishing with 24 points on an productive 60 percent shooting from the floor. Mike Zazuri helped the winning efforts with 13 points and two steals. Although STP was out-rebounded this game, their ability to keep fresh legs on the floor with every player notching at least one point was Fry Time’s downfall. STP also attempted nine more free throws than Fry Time, showing a strong paint presence and aggression.

“We have to guard out there, we all have to give our best,” Denham said about next week’s matchup against the Untouchabulls. “We do not plan to take to much from this game; we are just trying to win out all the way to the playoffs.”