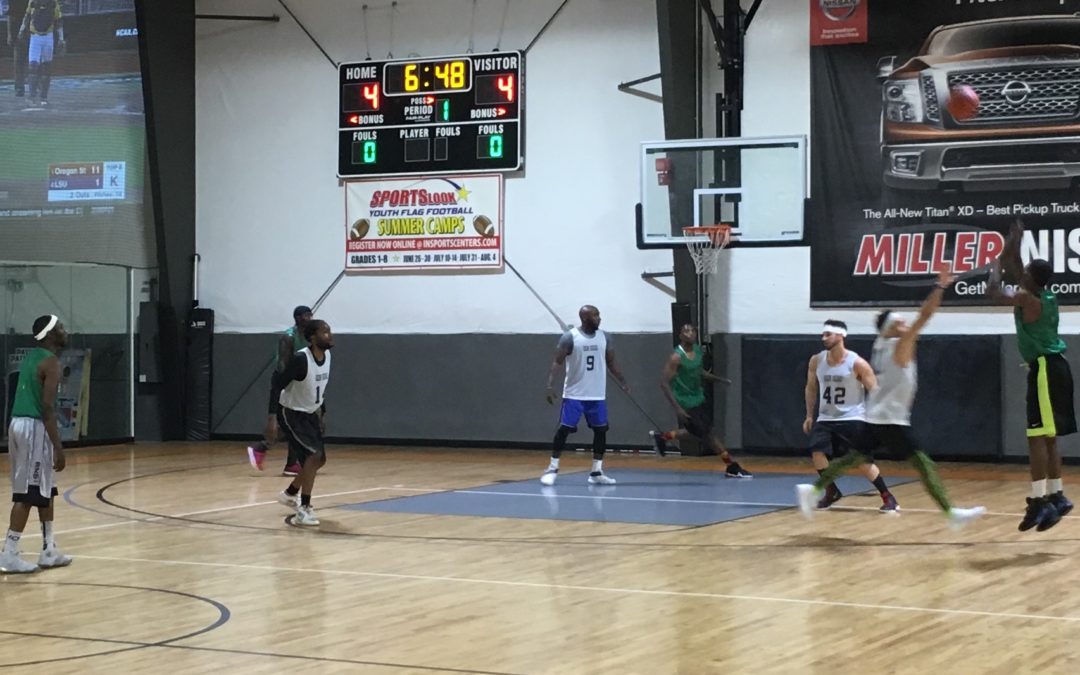 In a matchup between two teams who are moving in opposite directions, Stranger Danger came out on top against Goon Squad 77 to 68. Stranger Danger seems to be on the rise in the league after two big wins in the first three weeks of the season. While Goon Squad, a veteran team in this league, looks to figure out whats going on after starting 1-2 a third of the way into this season.

“We got way more athletic this year. This is my first game back and I’m like a swiss army knife. Can do a little of everything,” Stranger Danger’s Trey Cole said. “Big things coming this year, especially with Dot [Steven Echols] doing his thing. Plus his boys what could go wrong?”

Cole ended up being right as Steven Echols took over this game and commanded it throughout ending with 18 points, six rebounds, and four assists while being the court general his team needed. After last week blowing a big lead in the fourth, Stranger Danger dug deep and closed out Goon squad in the final minutes of the game.

Goon Squad on the other hand were never in control and seemed to be lost as they are still trying to find some rhythm entering week three. Stars like Matt Marconi and Brandon Massaro combined for 41 points but Goon Squad will need more of an effort from the supporting cast if they want to make any noise in this league. Three players for Goon had a combined 63 of their 68, they will need to improve on that number next week against STP.

Stranger Danger looked more prepared and better equipped to take down their opponent on Monday night. The transition game and hard defense left Goon Squad looking for answers all evening.

Stranger Dangers depth and ability to find contributions up and down the bench would be the difference. Stranger Danger could rest their stars because of their depth while Goon Squad’s rotations struggled with a short bench.