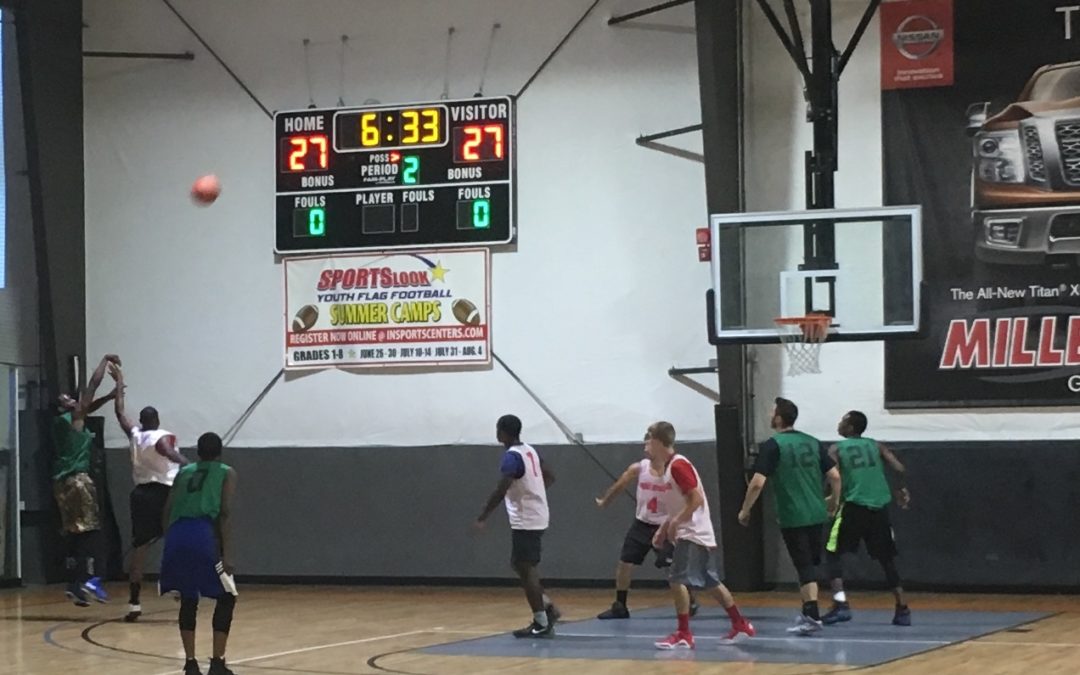 In what has come to be classic Legacy League action, Stranger Danger barely got past the Double Dribblers in a thrilling 73-69 victory in overtime.

Stranger Danger must love playing in close games and playing that extra quarter of basketball because once again they found themselves in a close game that could go either way. Stranger Danger showed how their experience in closing out games has come to benefit them as they looked like the more prepared team down the stretch. Playing in more than two overtime games this season Stranger has a rare experience in late games that many teams don’t.

The Double Dribblers were carried all day by Bernard Brantley who had 39 points on 15-of-21 shooting, and was lights out from three. Everything he did was working and Stranger Danger had no answers for him. The lack of bench scoring, in the end, would plague the Double Dribblers. Only one player had over double digits and that did not help decrease the work load for Brantley.

“We hurt ourselves nothing against them but in the end, we got that W,” Stranger Danger’s Steven Echols said. “That’s what Stranger is. We fight back. Stranger Danger fight.”

Echols provided 12 points and three assists but he plays a vital role as a leader on this team and it showed Thursday night. Zaccari Graham was on another planet tonight shooting the basketball scoring 27 points while missing only two shots. If Graham can play this well and Echols can lead his team on and off the court, Stranger Danger is confident going into the next round battle against No Limit.

Echols went on to say, “Ronte Bryd stay on the bench, we’re coming. No Limit be ready. We know we are.”

Fighting words from Stranger Danger who look to back up all the smack talk next Monday night.