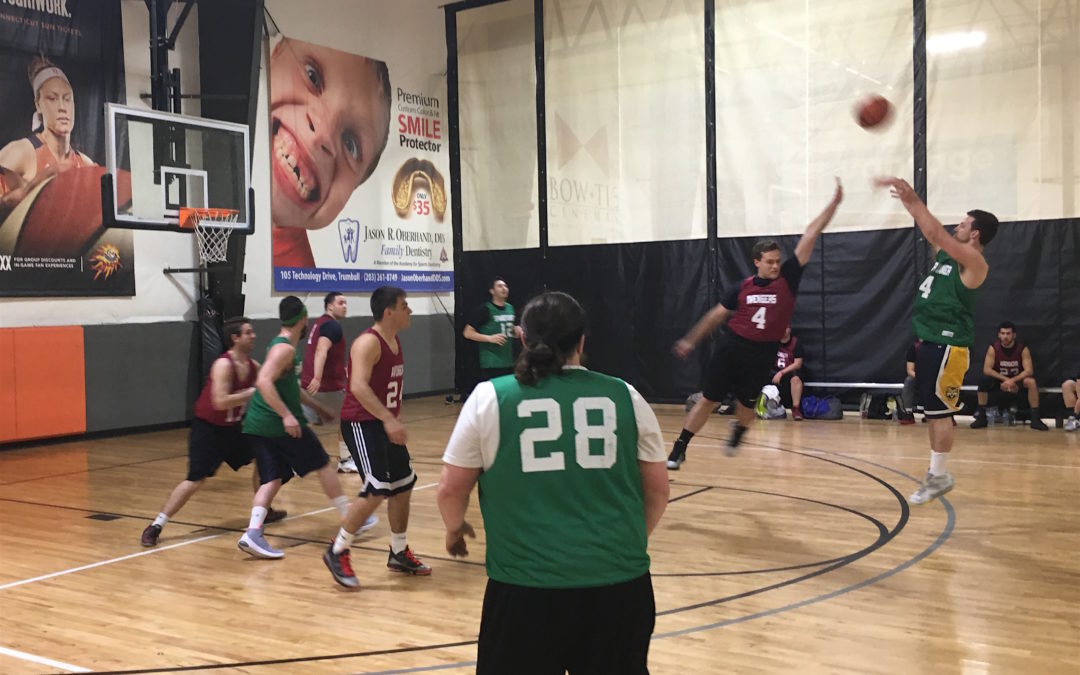 Stranger Danger faced a sharpshooting Avengers squad on Tuesday, however no shooters showed up as they coasted to an 84-64 victory.

Stranger danger started off the game on a 17-0 run as it looked like they were running away with the game from the tip off. Steven Echols led the way as the key playmaker, however the team would quickly give up their impressive lead as a result of some pure shooting by the Avenger’s Kevin Connors. Meanwhile, the team’s leading scorer, sharpshooter Zach Shapiro, was nowhere to be found and would fail to score in the first half.

“It was good to get our feet under us and actually shoot well,” Stranger Danger’s Will McAdoo said. “We just have to learn how to play together and we’re learning as we go.”

The Avengers started a new lineup featuring Derrick Davis, which would ultimately prove detrimental as they were missing Shapiro and big man Rob Ceballos. Davis finished with a team-high 16 points, while shooting a pathetic 5-17 from the field.

“Honestly we didn’t contain Derrick Davis,” McAdoo said. “We let him take all of the shots and we got to lock down the best player on the team and really let them work around the other players.”

Stranger Danger led 44-27 at the half, their biggest lead all season. Echols lead the team with 12 points, while John Lutters, Johnny OBrien and Ian Croughwell stepped up.

Echols finished the night with 25 points, shooting sixty-nine percent from the floor. Avengers simply had no answer for the Stranger Danger offense and their only option was to respond with three after three, most of which failed to go in.

For the Avengers, only two players, Derrick Davis and Jon Comerford finished in double figures. The team will be put to the ultimate test next week as they will face the top-ranked team in the league, No Limit.

Stranger Danger will look to get their fourth win on the season next week against run TMC, who lost in overtime thriller to No Limit on Tuesday night.

“We’re looking forward to it,” Feldman said. “We’re just out here happy to prove that us analysts can ball a little bit too. It doesn’t look pretty, but we try.”