Stranger Danger stunned in comeback fashion by The Throne 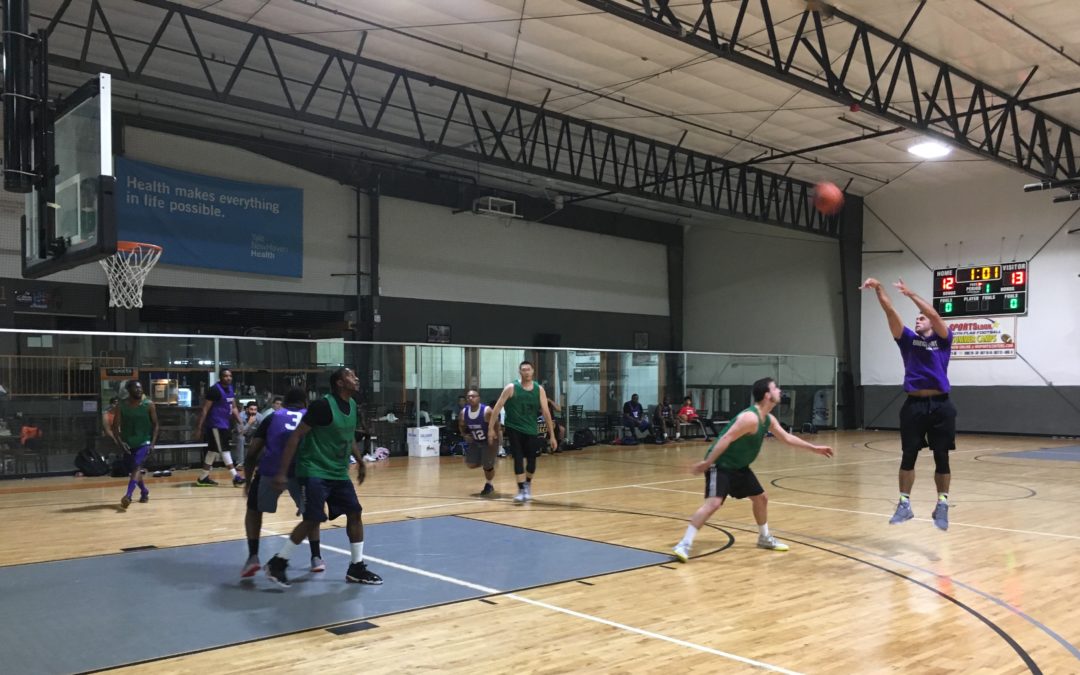 In what would easily go down as the most entertaining game of the night, Stranger Danger would fall in dramatic fashion after letting a double digit lead slip through their fingers late in the fourth quarter to The Throne. Led by Joe Baccielo, The Throne squeaked out a narrow single point victory, 63-62.

With just about 2 minutes left in the game, Stranger Danger had the game nearly wrapped up, leading by 10 points with what seemed to be a wave of momentum swinging in their favor. Stranger Danger never truly played like they had the lead late in the game, refusing to settle the ball and generating careless turnovers on crucial possessions.

“Man we battled back, and we had some guys on vacation so we were short-winded,” The Throne’s Lee Leite said. “We’re just really grateful to pick Joe up, he really carried us tonight.”

Joe Baccielo savored every opportunity that came his way, pouring in an incredible 41 out of his team’s 63 points. Despite shooting 1-of-9 from deep, he still managed to shoot over fifty percent from the field. His lethal post game is supplemented by an athletic frame which also allows him to attack the basket with ease.

His overall versatility as a scorer was easily the driving force behind The Throne’s epic comeback. When the pressure was on, Baccielo confidently nailed the 2 free throws which ended up winning the game for The Throne.

While the loss is most definitely a tough pill to swallow, Stranger Danger’s Zacarri Graham had nothing to hang his head about, finishing the game with 27 points on 13-of-17 shooting from the field. His efficient scoring created issues for The Throne all night on the defensive end as he filled it up from all over the court.

To go along with the win, The Throne were missing several integral pieces to their lineup Monday night and are yet to display their lineup at full strength. Albeit, after 2 impressive weeks, it’s hard to not buy what The Throne are selling.