Stranger Danger’s communication ‘the key’ in win against Redemption 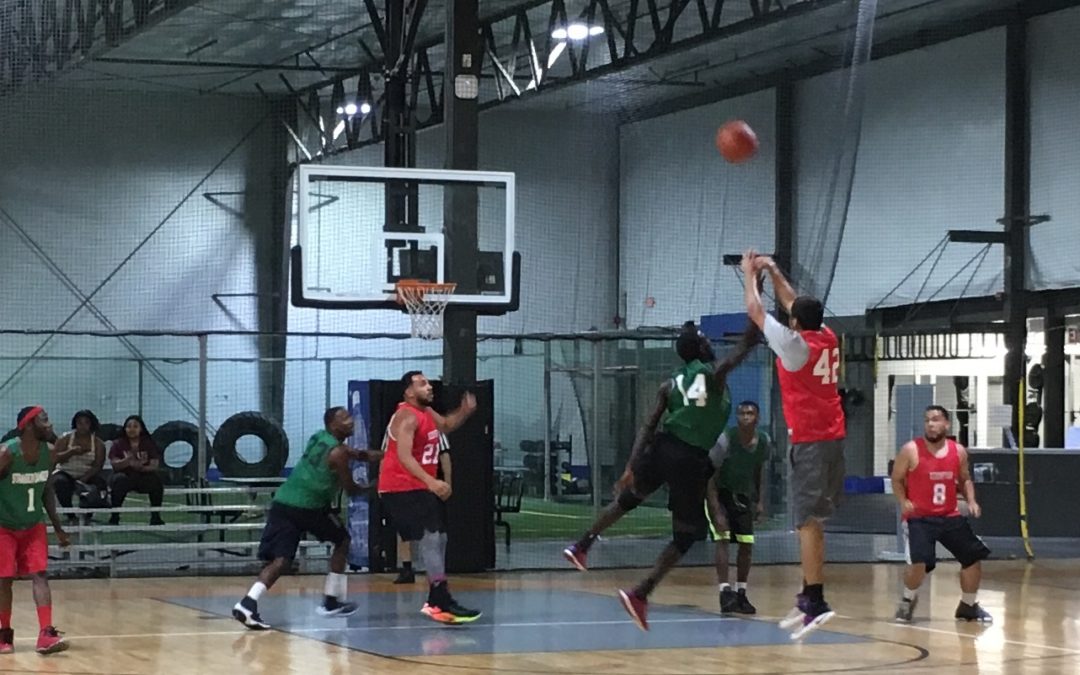 Stranger Danger has had one of the more disappointing starts so far in the Summer ’17 season. They clearly have the talent to compete with the strongest teams in the league, yet they have failed to consistently put it on display. Well, they were finally able to exhibit their dominance with a very nice win over Redemption, 59-50.

An interesting point made by Echols, as communication has been a crutch in recent weeks for Stranger Danger. Tonight, they were able to stay level-headed in crunch time and pull out a close victory over a well-respected Redemption team.

Steve Echols was back to being himself in this one, leading all scorers with 17 points on a very efficient 8-of-13 shooting from the field. Echols was slashing into the paint all night, constantly forcing slides and creating mismatches for his teammates. Echols rarely settled for outside shots, hitting the only 3-point shot that he attempted.

As for Redemption, another tough loss now drops their record to 3-3 on the season. The loss of Jalen Graham from last season is really starting to show on the stat sheets. Redemption lacks a true No. 1 option of the offensive end, which was evident Monday night. Only two players for Redemption hit double-digit scoring, with Matt Gerak leading the way on his 13 points.

Redemption is a very experienced roster, but uncharacteristically made many careless mistakes that they normally refrain from on. Redemption’s eight turnovers ended up being one of the deciding factors. On the other end, Stranger Danger was able to limit the turnovers that have plagued them several times this season, finishing with only five on the game.

Both of these teams are now in very similar positions going forward. I see two teams with very talented rosters and serious playoff intentions, yet both have underachieved so far based on their expectations. With playoff implications starting to really come into play, expect both teams to turn up the intensity in their Week 7 matchups.