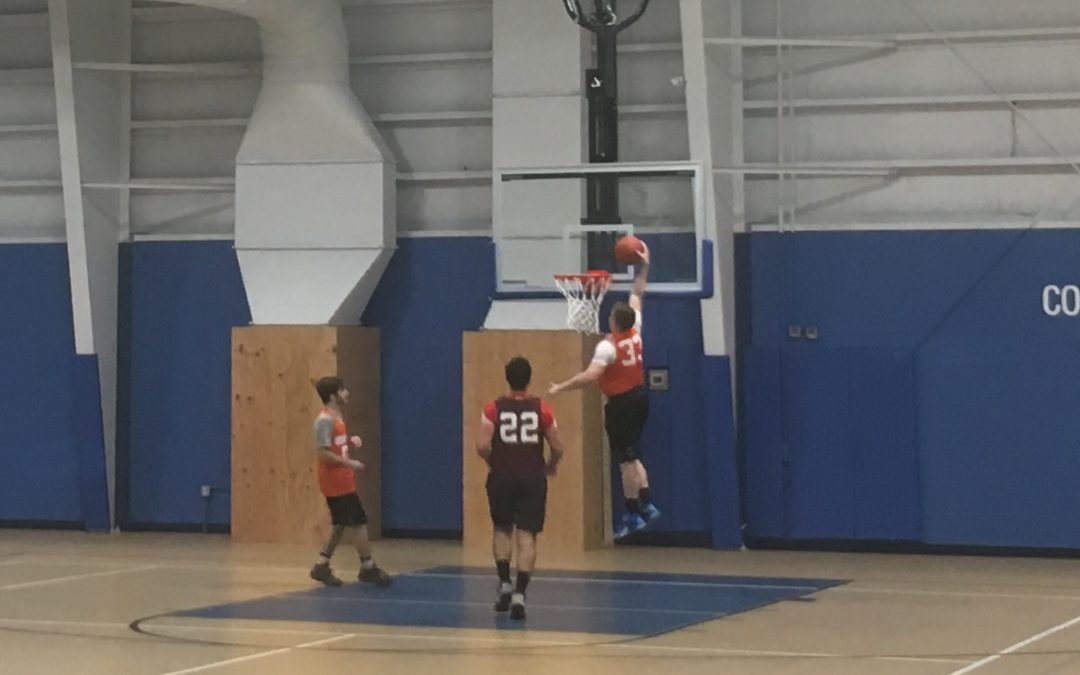 Coming off of a victory in Week 1 of the 2018 Legacy Leagues season in Rhode Island, Boom-Shakalaka came in looking for win number two against Average Joe’s. Average Joe’s came into this week coming off a tough loss to the Swish Kabobs in week 1.

Boom started off hot in the first half letting the Average Joe’s feel their wrath on both offense and defense, then suddenly they started to fall apart in second half but were able to hold off Joe’s for the 71-60 victory.

Lucas Martin with another strong outing going five for nine from outside the arc for, while teammate Matt Camara came in with the pouring in 31. Unfortunately, Boom was without two of their key players one of them being Ryan Rawnsley, who they could’ve used in the second half.

Even though Average Joes could not grab the victory in the end, the two lone bright spots in week 2 for them were Matt Scavitti who finished with 21 points, seven rebounds and 3 blocks. On top of that, their center Steve Pirri who owned the paint finished with 13 points and 14 rebounds. Joe’s will look to take some of the positives into next week when they take on the Werewolves who just beat the Halfway Crooks in a overtime thriller.

Boom Shakalaka will be matched up against the Green Squad in week 3 of the 2018 Legacy Leagues season as they will be in search for their third straight victory. If Boom did not end up having such a strong first half the Average Joes could have very well ended up coming out with a victory.

Boom as a team shot 34 percent from outside the arc and had a total of 19 assists as a team. It was clear that they were the better team tonight.