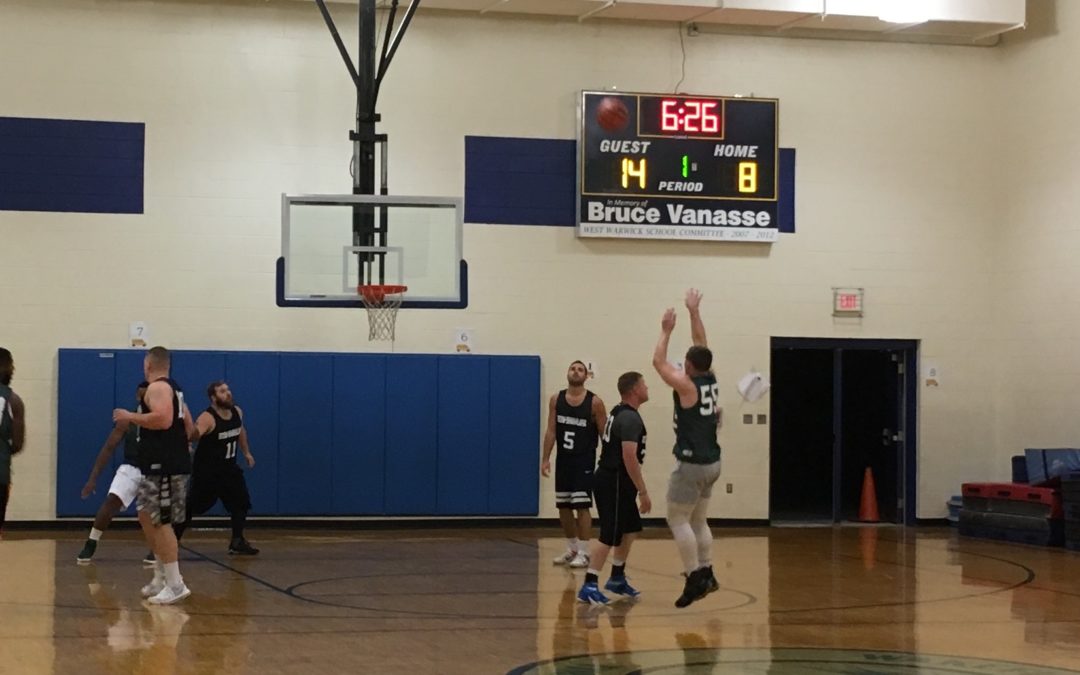 “We can’t underestimate people,” The Alliance’s Cody Crawford said after his team’s Week 4 game. “Every game’s a new game. We just got to come out and play our game by playing defense and moving the ball around because we have so many guys who can score.”

Crawford knows his team is capable of playing better then they did Wednesday night. There was a bit of sloppy play from both teams at times, but even though they weren’t at their best it was still good enough for The Alliance to pull out a comfortable win over Boom-Shakalaka, 85-70.

Max Matroni was red hot to start this one, and finished with 33 points. Victor Kashouh Jr played a huge role as well despite showing up after the game had already started, finishing with 22 points and 12 rebounds.

Marc Belville helped Boom-Shakalaka hang around, finishing with 26 points which included a few big-time threes as well as finishes at the hoop in traffic. Boom-Shakalaka also got a major contribution from Ryan Rawnsley, who finished with 22 points and swallowed up 14 rebounds.

After a big buzzer-beating three from Rawnsley to end the first half, Boom-Shakalaka cut The Alliance lead to just nine. Boom-Shakalaka’s hot three-point shooting would continue in that third quarter, a quarter in which they were able to out score The Alliance 24-17. Big shots from Matt Camara and Belville would be enough to give them a one-point lead late in the third.

The fourth quarter was all The Alliance, as they were able to almost double up Boom-Shakalaka and really lock in on the defensive end. Kashouh Jr. was a huge part of his team’s defensive success, racking up four steals Wednesday night, and continuing to be a pest to apposing ball handlers.

Turnovers really played a huge role in this game, as The Alliance was able to force 14 of them. It also doesn’t hurt to have a point guard like Matroni who was lights out from beyond the arc, knocking down seven triples.

The Alliance were tested for three quarters in Week 4, but ultimately Boom-Shakalaka fell short in the final ten minutes. A future matchup between these two teams would have to be in the playoffs, which could have the makings of an epic game with everything on the line.