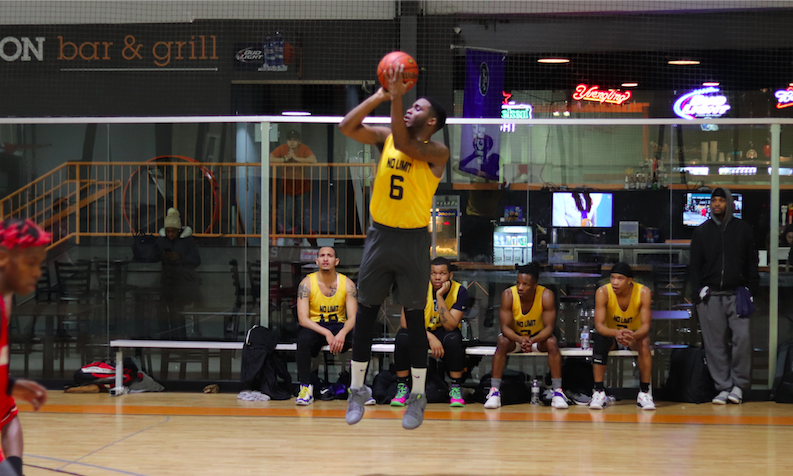 Perhaps one of the most anticipated Stuckey’s standouts yet, and according to his teammate Ronte Byrd the most deserving, No Limit’s Tarell Vargas is a prolific scorer who is here to remind the league of his MVP status. He is an effective facilitator that on a nightly-bases proves why he and his team deserve top-contender recognition.

Vargas’ performance against the defending-champion Monstars was just one of his many standout performances this Winter 2018 season. His 29 points and relentless determination and focus was remarkable in the 20-point victory.  The Legacy Leagues’ analyst and podcast host Greg Horne compared his performance to NBA superstar LeBron James.

Able to contribute in all facets of the game, Vargas has shown his maturity by stepping back and playing a role for his loaded No Limit team as opposed to shouldering the entire load. However, when it came to a revenge game against the team that stole a title from him, Vargas asserted his dominance. 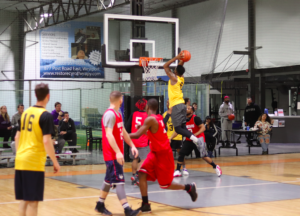 Vargas was born and raised in Norwalk, Connecticut. It was here where he learned and studied the game of basketball until his sophomore year of high school, when a family hardship rattled his world.

In the months between his sophomore and junior year, Vargas and his family were evicted from their home in Norwalk and were forced to move to Ansonia, Connecticut. Vargas explained that it was in one of the most uncomfortable situations in his life in which he found solace in the game of basketball.

“The situation made me go harder and chase the game more than I ever did before. I was constantly in the gym and I turned the situation into motivation,” said Vargas.

“Basketball has always been a tool, a stepping stone to get me to where I wanted to go,” Vargas said. 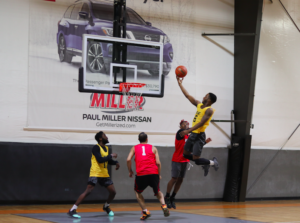 Vargas led all scorers (29 points) in the Summer 17 Finals rematch that took place in Week 6.

Vargas attended Gateway Community College for a short stint, then later transferred to Becker College in Massachusetts. He played two years in the New England Collegiate Conference for the division-three Becker College Hawks and earned a degree in general studies.

Vargas, now 24 years-old, juggles the Legacy Leagues along with his job as a mental health worker in the psychiatric unit at Griffin Hospital. He is always all smiles when he walks into the building but flips a switch once it is game time.

Vargas is one of the Legacy Leagues’ top talents and shows no remorse on the hardwood, but his relationship with his teammates and other players around the league is what he is most grateful for.

“Legacy Leagues not only helps me stay in shape,” Vargas said. “It also helped me to form a lot of friendships and kept me connected to the game that we all know and love.”