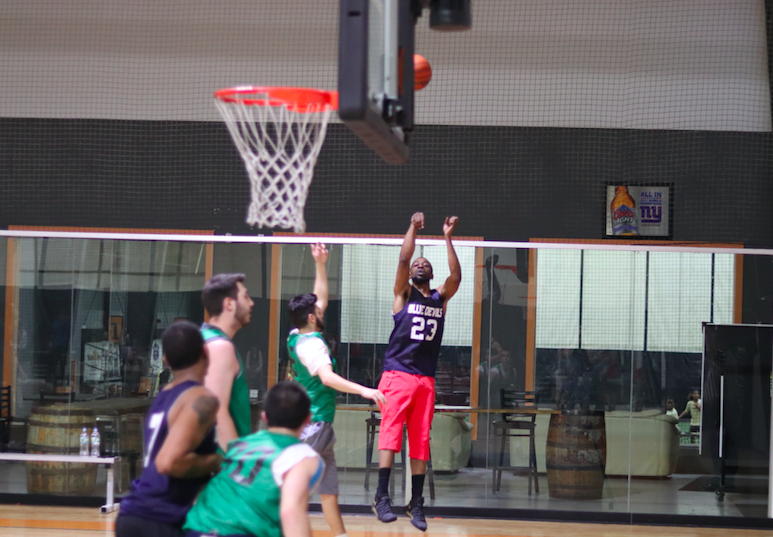 A crucial part of success is always remembering where you came from, and the people who helped you get there. The Blue Devils’, Davon Pratt is making sure he acknowledges those people vital to his success. A 26-year-old Bridgeport, Connecticut native, and co-founder of the “YAGGAA” movement, Pratt shows up and shows out weekly for his stacked Blue Devils team.

Pratt grew up like any regular inner-city kid and developed a special liking for the game of basketball at a very young age. It was a liking that quickly turned into a love, but his serious devotion did not come until later in his teenage years. It was not until he played on the Sterling House travel team did he see what basketball could do for him.

“I started out at 5 years old, but did not take it seriously until I was 13-years-old when I played travel basketball,” Pratt said. “For three years I played against the best young talent and also discovered that basketball could change my life.”

With the help of his travel coach Dan Baccelio, Pratt was able to get physically and mentally ready for the start of his high school basketball campaign.

“I owe a great deal of respect and gratitude to Coach Baccelio for preparing me for high school,” Pratt said. “I could not thank him enough,”

Following his final Summer travel season with Coach Baccelio, Pratt would go on to Bunnelll High School for his freshman season. Pratt and his teammates lit up scoreboards around Connecticut rolling to a historic 21-1 record on the season. Unfortunately for Bunnell, the good times would not last forever; Pratt moved on to join the Harding High School Varsity basketball team the following season. 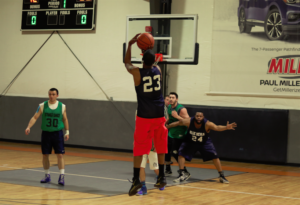 Davon Pratt pulls up for one of his nine made 3-pointers in the Blue Devils’ blowout win over Stranger Danger in Week 8.

“After my freshman year I played summer-league basketball with some great kids from the Bridgeport area and saw I was missing out on something great, so I transferred,” Pratt said.

Under coach Charlie Bentley for the next three years, Pratt would develop into the player he is for his team in the Legacy Leagues. His non-stop motor and light-hearted humor on the court is all something he says he learned under Bentley at Harding.

“Coach Bentley molded me into who I am today; My relentless, do anything, never give up attitude was installed in me through him,” Pratt said. “He showed me so much in my three years in the program, and for that I am thankful.”

Pratt would excel in his high school career and earn some all-conference player recognitions but nothing more impactful than the friendships he has made along his basketball journey. Pratt now uses The Legacy Leagues and basketball to stay close to his “YAGGAA” movement, co-founder Jason Hernandez and members Mike Davis, David Armstrong, and newest inductee Brandon Seabrook.

When asked to explain the movement Pratt simply responded, “the league will get details soon but I cannot tell you much right now. What I can say is that I am thankful for Legacy Leagues and what they do for the players in the league, YAGGAA OUT.”